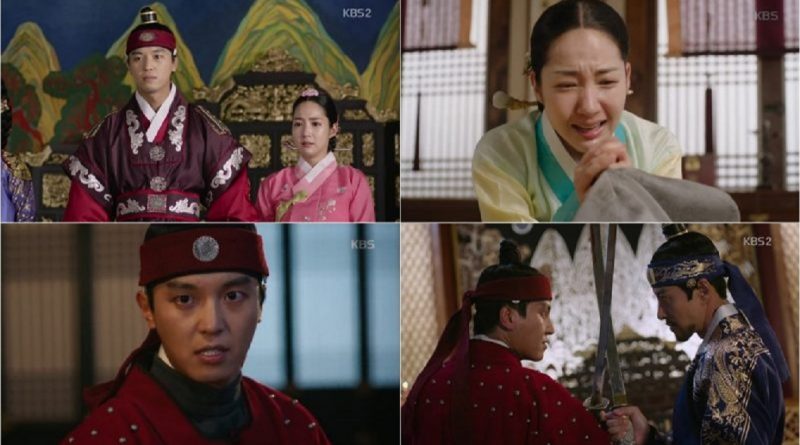 In this episode, Lee Yeok won the throne and expelled Lee Yong. Of course, all the supporters of Lee Yong get the proper punishment. After Lee Yeok becomes the king, he grabs Shin Chae Kyung’s hand and promises happiness in the future, but by the time the two have reached the top position, it is too difficult because they have lost many people they love.

Shin Su Geun who overheard Lee Yong apologizes to his wife Kwon and decides to go with Lee Yong. Shin Su Geun left his home, but he was killed by soldiers and his wife was killed for trying to save him.

At the palace, Shin Chae Kyung rushes home after hearing of the death of her parents. However, both parents have been covered with blood. Shin Chae Kyung burst into tears while hugging her parents’ body. Lee Yeok is late to know the situation and is frustrated by the circumstances he sees. Shin Chae Kyung loses her consciousness.