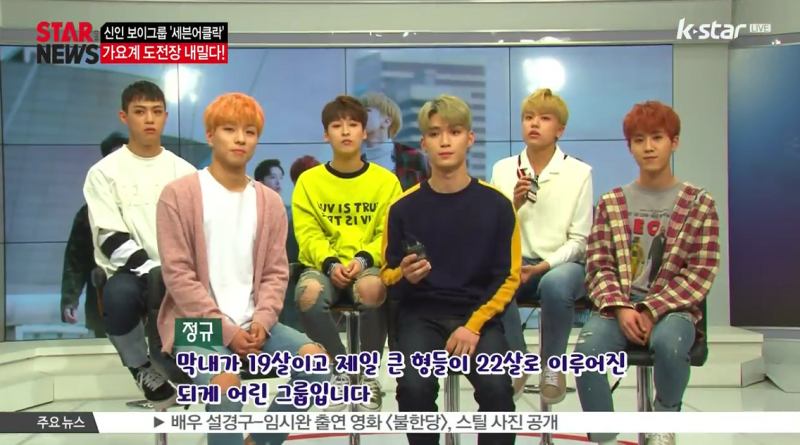 Asked about the meaning of the group’s name, Seven O’Clock, A-Day answered: “It means we’re going to spread happiness starting from 7 AM in the morning until 7PM at night,” The youngest member in this group is 19 years old, and the oldest member is only 22 years old, making them one of the youngest idol groups at the moment.

Last March, Seven O’Clock had released their debut album, entitled ‘Butterfly’s Effect’. The title song, ‘ECHO’, is very interesting. One of the members said, “The lyrics want to convey the sense of being ‘me’, someone who could be trusted by ‘you’, who have been betrayed and hurt. The two of them just want to be in each other’s sides, to stop the time and live together.”

Seven O’Clock had trained for quite a long time before finally debuting under STARO Entertainment. Their target is to win 2017’s Rookie of The Year award. The group also wishes to be as popular as BIG BANG someday.

July 21, 2017 Tirta Comments Off on Ji Sung and Lee Bo Young are Having a Family Vacation with Their Daughter, Ji Yoo
MOVIE VIDEO