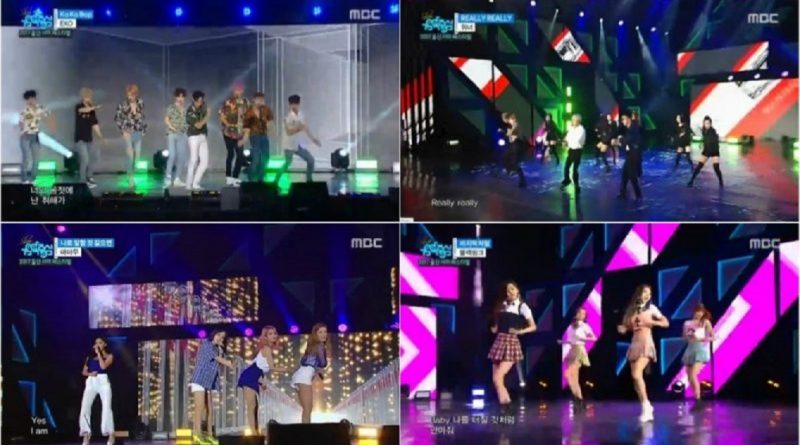 Various K-POP stars have left for the summer in Ulsan.

The girl groups that will perform there are BLACKPINK, Red Velvet, Nine Muses, Cosmic Girlz, Mamamoo, Dream Catcher, and others. BLACKPINK performed ‘As If It’s Your Last’ with their cute and fun personas, with a white outfit Red Velvet performed the song ‘Red Flavor’, and Mamamoo showcased their distinctive, catchy voice.

Meanwhile, the male groups include Winner, Up10tion, Snupper, KNK, and other artists. Winner takes the heart of the female fans with an emotional ‘Really, Really’ stage again. In addition, the distinctive appearance of each group creates a beautiful festive atmosphere.

EXO comes as the last performer. Right after the announcement, the reggae pop song ‘Ko Ko Bop’ which swept the top of the charts made the crowd shout in joy.

On the other hand, Jung Yong Hwa and Red Velvet Wendy together became the ‘Special MCs’ on ‘Music Core’.