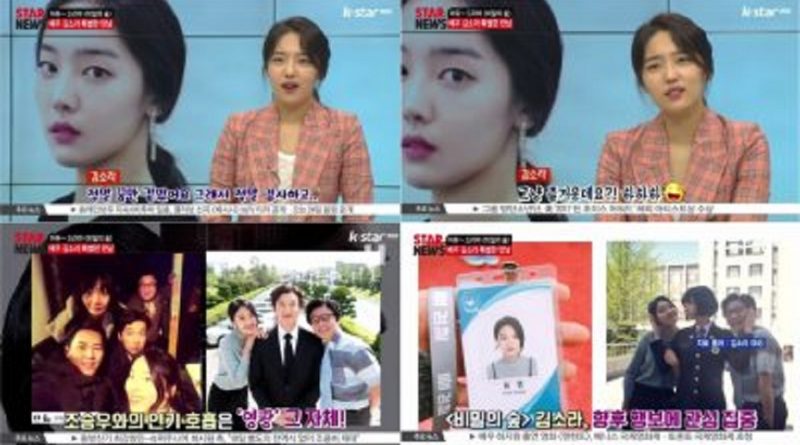 Kim So Ra said that Drama ‘Stranger (Secret Forest)’ is like a gift for her. She considered the drama ‘Stranger (Secret Forest)’ is like a prize in every way.  She also felt very honored and grateful to be a part of the drama through  script auditions and open auditions to play a part in the drama. Since she was a kid she dreamt to play along with my idols, and now she felt happy to be able to co-acting and crying along with the seniors. “Especially while acting with Cho Seung Woo, it was an ‘honor’ to me.”, Kim So Ra expressed her feeling.

Previously Kim So Ra has been a hot talk for playing a part in the drama ‘Goblin’. She thinks that both ‘Goblin’ and ‘Stranger (Secret Forest)’ are cool dramas. For people who do not know, these dramas are the hot topic. She did a lot of auditions to get the role and felt grateful for getting it. Although her figure is very simple Kim So Ra is an actress who has a lot of hope for having built her work on stage drama.

Kim So Ra mentions that actress Na Moon Hee as her role model! He wants to act for a long time. She ended her interview by saying, “thank you for giving a lot of love for the drama ‘Stranger (Secret Forest)’ and I will keep working hard so I can continue to greet you in various works”.

December 13, 2017 Ria Comments Off on 2PM Lee Joon Ho’s Impression on Being The Main Character in ‘Just Between Lovers’
DRAMA VIDEO