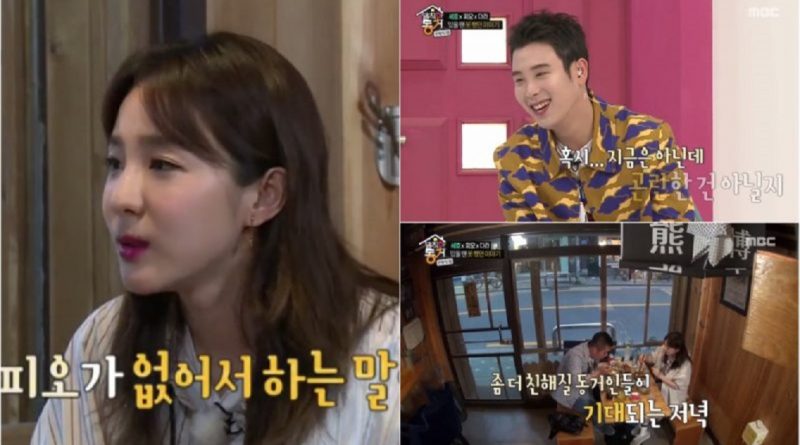 On MBC’s live entertainment show ‘Living Together in Empty Room’ on the 28th, Sandara Park and P.O live together with comedian Jo Se Ho.

In that episode, Jo Se Ho who ate ramyeon with Sandara Park said, “It’s rumored that P.O is your fan”. Then Sandara Park said, “You say it because P.O is not there, but I don’t know whether he’s still my fans or not until now. That was 8 years ago”.

Then she added, “Back then, his phone background was my picture, he said on the internet that he liked it. It’s possible that he no longer adores me and I’m confused what to do”.

In the studio, P.O, who watched the VCR, has his face flushed red to his ears and attracted attention because he could not hide his feelings.

Since then Sandara Park has brought P.O in her personal schedule and raised the hopes for the program.