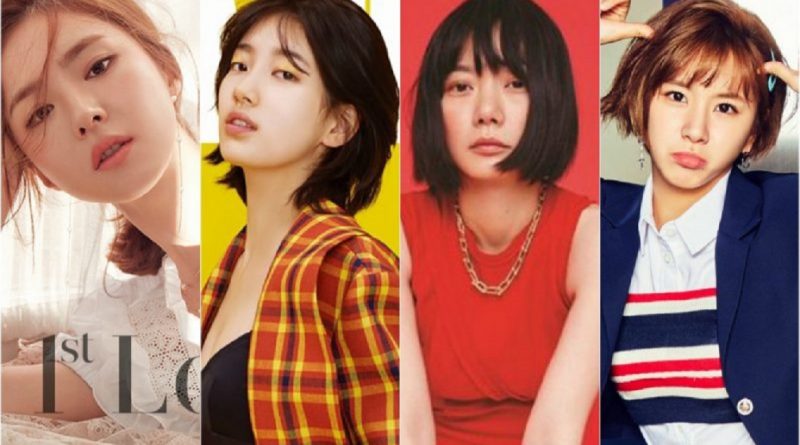 Here’s the change of the stars with their short hair.

Shin Se Kyung, who has a long hair as her trademark, recently showed her fresh charm by cutting her hair short for tvN’s ‘Bride of the Water God 2017’.

Suzy the ‘Nation First Love’ this year will also star in SBS ‘While You Were Sleeping’ drama and for this drama, she cuts her hair short.

The stars who cut her hair into short collected her picture and made the comparison before and after they cut her hair.

Actress Shin Se Kyung for tvN’s ‘Bride of the Water God 2017’, for the first time since her debut she has challenged herself to cut her hair. In a drama production presentation held on 27 months ago, Shin Se Kyung revealed, “It’s very nice, light and comfortable. I’m satisfied that I think I will not grow my hair anymore”.

Suzy also took bold steps as a preparation for her drama. Suzy steals the hearts of fans with a mysterious charm that goes from head to innocent to painful.

Bae Doo Na recalls the appearance of short hair that is cut short to the bottom of the ear which now sticks to her image, ‘Bae Doo Na = short hair’ as known by many people.

In the recent drama tvN ‘Secret Forest’, Bae Doo Na, who appeared as a hot-blooded detective, appeared with her short hair trademark in the drama and did not miss her style and charisma.

Chaeyoung, a member of TWICE, started the ‘Signal’ promotions and amaze the fans by her look.

When Chae Young was asked about her short hair on MBC’s ‘Weekly Idol’ broadcast on May 17th, she said, “This is a personality that needs to be fixed if you put it in something, I just want to cut it,” she said. “I just got stuck with Kristen Stewart’s hairstyle.”