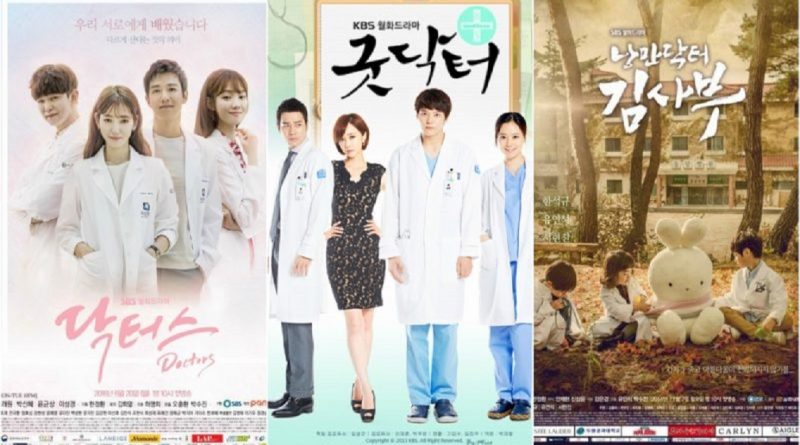 Doctors is SBS television series that was aired from June to August 2016. The 20-episodes drama was starred by top actors such as Park Shin Hye, Kim Rae Won, Lee Sung Kyung, Yoon Kyung Sang, and many more. Doctors tells about Yoo Hye Jung (Park Shin Hye), a high school girl who has a closed personality due to injuries that she gained as a child. After meeting a teacher named Hong Ji Hong (Kim Rae Won), her personality changes from a hopeless figure to a loving doctor. They were separated, but then met again 13 years later after Yoo Hye Jung (Park Shin Hye) also became a doctor.

This 2013 drama was starred by Joo Won, Moon Chae Won, Joo Sang Wook, Chun Ho Jin, Kwak Do Won, and Ko Chang Seok. With a total of 20 episodes, Good Doctor was aired from August to October every Monday and Tuesday. This drama tells about Park Shi On (Joo Won), a person who has autism, but a genius in the field of medicine. However, due to his mental state, which is equivalent to a 10-year-old child, many people doubt his ability.

Romantic Doctor, Teacher Kim is an SBS drama played by Han Suk Kyu, Yoo Yeon Seok, and Seo Hyun Jin in 2016. This 20 episodes medical drama tells the story of Boo Yong Joo (Han Suk Kyu), a genius surgeon. Previously, he was the most famous person in his field for his skills. He even worked at a reputable hospital in Seoul, Geodae. However, after a traumatic incident, he disappears, changes his name to Kim Sa Bu, and works in a small hospital called Dolddam. In Ddoldam, he teaches Kang Dong Joo (Yoo Yeon Seok) and Yoon Seo Jeong (Seo Hyun Jin) to become great doctors who are more concerned with patients than money and power.