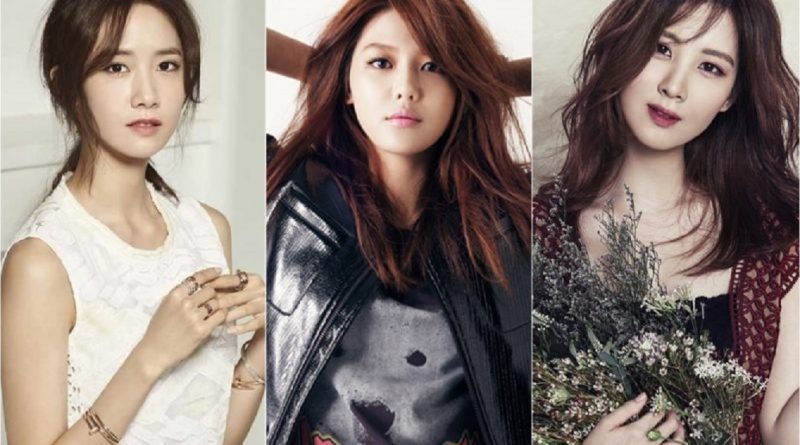 Following Yoona’s step, other SNSD members like Sooyoung, Yuri, and Seohyun began to explore the world of acting. Currently, 3 members of SNSD are appearing in different dramas. SNSD is enjoying their time dominating the glass screen.

‘Bad Thief, Good Thief’ is a drama about thieves who secretly criticize the condition of Korean society, which harnesses its power for personal gain. Seohyun plays the role of Kang So Joo, a charismatic, cheerful character. This drama is filled with many action and sad scenes.So far, Seo Hyun has done well to portray her character.

Yoona is currently starring in MBC’s ‘The King Loves’, a historical drama set in Goryeo, which story revolves around 3 people who are involved in a love triangle. The drama is 100% pre-produced, and has finished filming in June.

In this drama, Yoona acts as Eun San, showing her charm as a ‘girl crush’ that is loved by fans. Yoona herself has started acting since 2008.

Meanwhile, Sooyoung is starring in JTBC’s web drama titled ‘People You May Know’. This drama revolves around revelation of love triangle/infidelity in the past which got rediscovered after someone managed to unlock the password of her ex-boyfriend’s phone. Recently, Sooyoung also got casted to play in MBC’s upcoming weekend drama, ‘Man Who Lays the Table, which is set to be aired in September.

September 13, 2017 Ria Comments Off on Park Bo Gum’s Activities While Being Absent In Filming For A Year
MOVIE VIDEO

May 7, 2017 Tirta Comments Off on An Interview with Kim Seon Ho, the Sun Sang Tae in ‘Chief Kim’