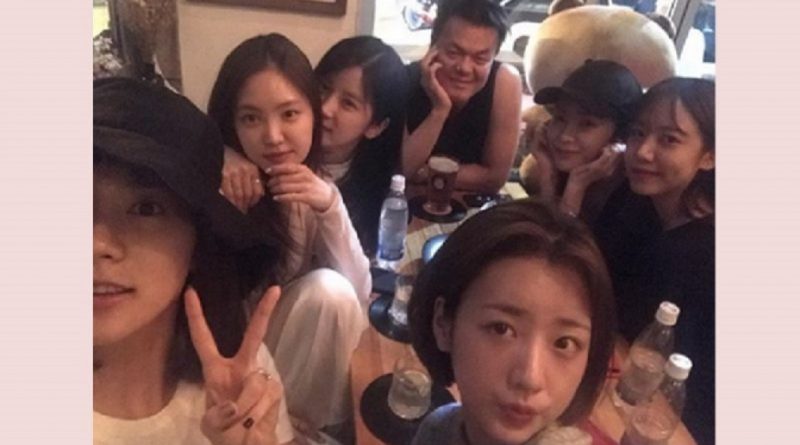 A-Pink had a dinner together with JYP and singer Heize.

On July 2nd, Oh Ha Young wrote the caption “Party people” while posting a photo on her personal Instagram account.

In the photo, there are singers Heize and Park Jin Yong, as well as some Apink members. They are sitting in a restaurant. Previously, Apink and Heize on appeared on SBS’ show called ‘JYP Party People’.

Everyone sits in a circle and smiles, showing a pleasant atmosphere. Although Apink members and Heize do not use any makeup on their face, they still look pretty.

Heize recently released a song ‘Do not Know You’ and a new album titled ‘You Are Cloudy’. In September, Apink is scheduled to start their Asia tour, in which they’ll visit Hong Kong, Taipei, and Bangkok.