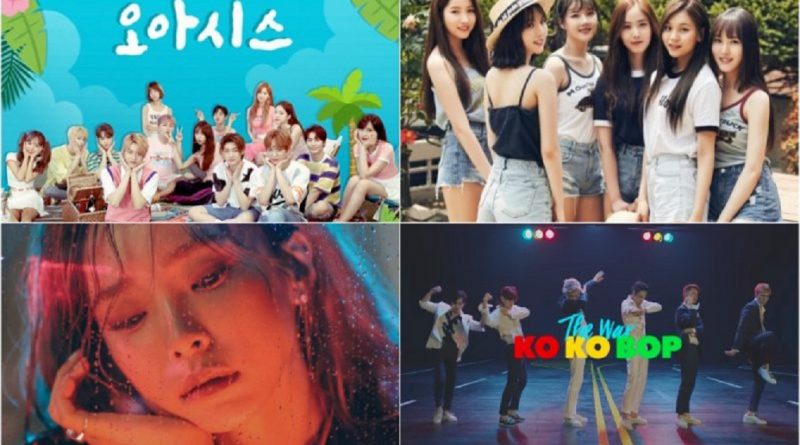 Prepare for the rise of the music charts.

Starting from EXO, GFriend until Heize are breaking the music charts. If the summer song of Huh Gak and Apink managed to rise to position 1, then the various colors of other music will get the love.

EXO ‘Ko Ko Bop’ on August 4 at 7 am occupies the 1st position on various biggest music sites like Melon, Soribada, and Naver Music. EXO with the 4th album every morning entered the line up of Melon, showing the great influence on the fandom.

Icon of Long Run, Heize ‘You, Clouds, Rain’ occupies the 1st position in Genie and Mnet. The popularity proves her power in the long run.

GFriend’s ‘Love Whisper’ gets the 1st position time on Bugs Music on August 4th, occupying most of the music charts. As GFriend who has a strong power, they get a good reaction.

On August 3, Huh Gak’s summer song and Apink ‘OASIS’ occupied the 1st position on Olle Music. This is a good response from music fans because this song is indeed created for the summer.

From EXO, Heize, GFriend, to Huh Gak and Apink the charts are becoming more colorful, it is predicted that the charts will still change when SNSD and Winner make their comeback.

July 5, 2017 Ria Comments Off on BTS is Crowned as ’25 Most Influential People On the Internet’ by Time Magazine
MOVIE VIDEO