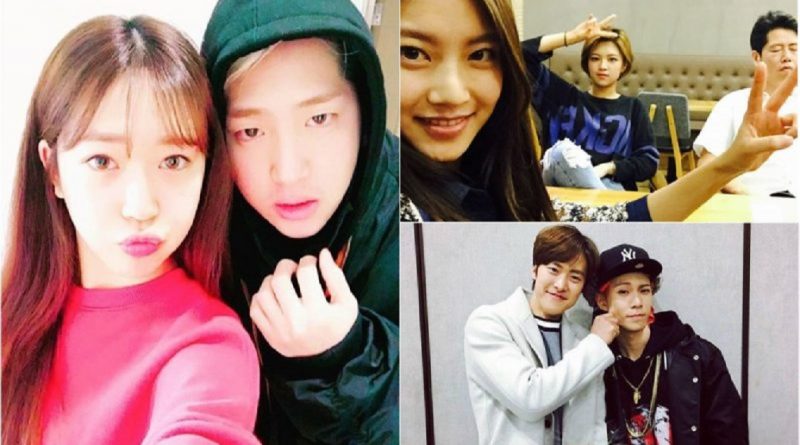 Seung Yeon was first trained as a singer under SM Entertainment for seven years after winning the “Best Looks” part of the SM Youth Best Contest in 2005, but left in 2012 after losing interest in singing, and then was unable to debut as an F(x) member (is on the last short list) or Red Velvet, she is the sister of TWICE’s Yoo Jung Yeon, and their father Yoo Chang Joon is a personal chef for former president Kim Dae Jung, and also a head chef of Seoul Plaza Hotel for more From 20 years, specialized in Korean cuisine. They often share the proximity and mutual support for each other on Instagram.

‘I’ released her debut album on January 11, 2017 under the same label as her brother, Baro from B1A4. ‘I’ is best known as a younger sister who looked like the girl version of her brother. During their trainee period, Baro uploaded some photos with his sister, boasting on her beauty. After years of practice, Cha YoonJi and WM Entertainment agreed that she suited with the role of soloist. She will take the stage name ‘I’, and will make her official debut with her debut album, “I”.

Doyoung, born with the name Kim Dong Young in Guri, Gyeonggi, South Korea on February 1, 1996 (age 21), is the younger brother of actor Gong Myung, a member of 5urprise. In early December 2016, he collaborated with Red Velvet’s Joy in the song “First Christmas”, for Inkigayo Music Crush. He also released the song “Sound of Your Heart” for SM Station as a part of SM Town. In February 2017, he became a regular MC in Inkigayo. Doyoung and Gong Myung once cried at an event when talked about their family.