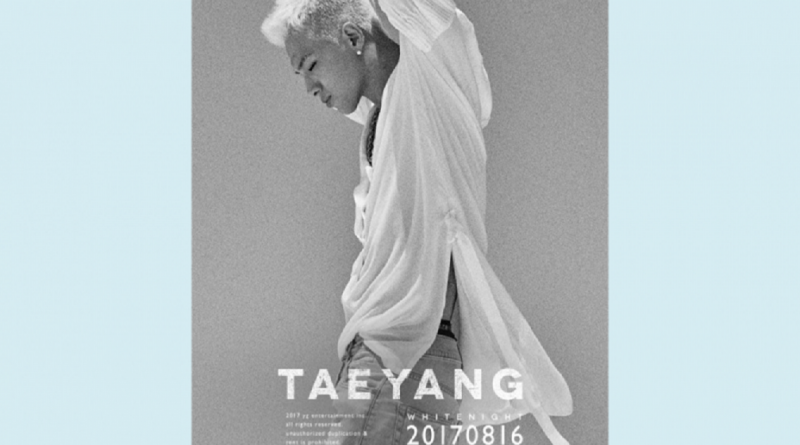 After more than 3 years, Bingbang Taeyang is making a solo comeback with a regular album titled ‘WHITE NIGHT’.

On August 7th, YG Entertainment officially announced a countdown to Taeyang’s comeback by releasing the comeback date and the poster. Taeyang appeared with a white hair, white shirt, and jeans in this grey-themed poster.

Some time ago, Taeyang was reported to be filming his new music video abroad. He is also said to be fully participating in all stages of production for this comeback, including producing the album and monitoring the music video.

Taeyang’s latest solo in 2014, ‘Eyes Nose Lips’, was granted ‘Song of the Year’ by Golden Disk and MAMA. As this year would be Bigbang’s 11th debut anniversary, as well as Taeyang’s 9th solo debut anniversary, fans are expecting a much more mature music from him.