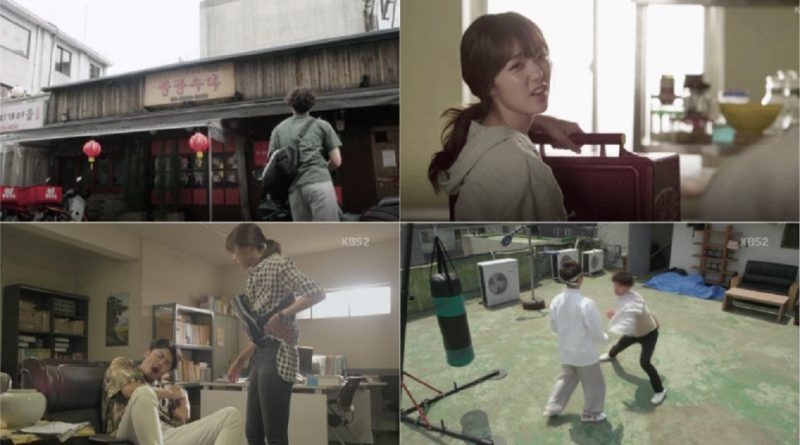 A new youth drama has arrived.

A deliveryman named Choi Kang Soo who is a hardworking person is forced to leave his job. Choi Kang Soo’s new position, which he believes only works in a place where good food is, is Jang Dong Soo’s new business, a Chinese restaurant called Palpal Sutta. The problem lies on Lee Dan Ah. Choi Kang Soo, who is linked in a strange tie with Lee Dan Ah, is confused with his reunion with her. Choi Kang Soo leaves the interview at Palpal Sutta and meets Lee Dan Ah, who has unlimited power in her hands. At that time, Lee Dan Ah said to Jang Dong Soo, “The person who has no heart also has no sense of responsibility,” and he also agreed to accept it.

Choi Kang Soo struggles to adapt in the new workplace environment. Oh Jin Gyu, who meets him at the delivery site, tells Choi Kang Soo, “Stop dreaming. You will not be able to buy it”. Hearing this, Choi Kang Soo then gets into a fight with Oh Jin Gyu.

Lee Dan Ah dreamed of going abroad. Choi Yeon Ji, who lives with her, says that she must go to immigration. Lee Dan Ah said, “Do you think there will be a chance for high school graduates like me?” Lee Dan Ah, who is aiming for 100 million won, hopes to leave if she endures about six months more. Because of that expectation, Lee Dan Ah stands upright in the delivery room and is loved by president Jang Dong Soo and the guests.

December 18, 2017 Ria Comments Off on Celebrities’ Winter Fashion at The Premier of Movie ‘The Return’
MUSIC VIDEO