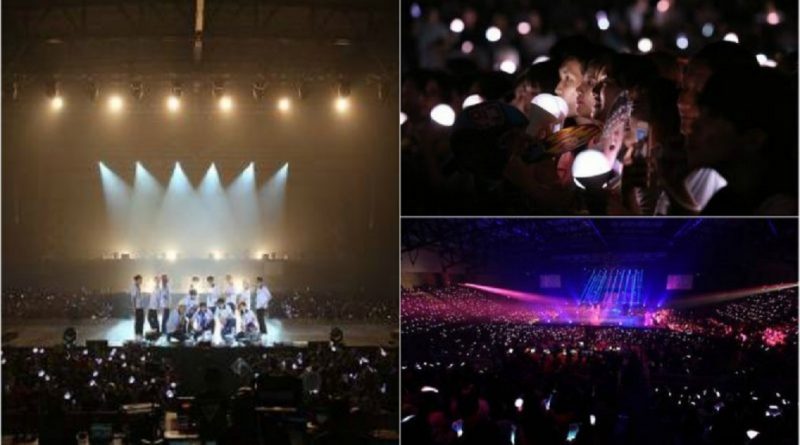 After coming to Thailand for their Asia Tour Fanmeeting last year, this time, SEVENTEEN came for the second time in Bangkok to hold their solo concert. The Thai fans were treated to spectacular performances from SEVENTEEN for about 3 hours. The concert presented various performances by SEVENTEEN units, such as vocal, hip hop, and performance teams.

At the 3-hour concert, Thai fans are constantly cheered their support for SEVENTEEN, who ended the concert with spectacular fireworks. Not only that, the fans also showed their great love for SEVENTEEN, which made the members deeply touched. During the segment talk, SEVENTEEN members said, “I do not want to cry in front of you all”. On August 8, one member of SEVENTEEN, S.Coups, will have his birthday, so Thai fans gave him a surprise by holding a slogan that reads, “S.Coups, Happy Birthday!”

SEVENTEEN will continue their ‘DIAMOND EDGE’ tour in Hong Kong on August 12, 2017.