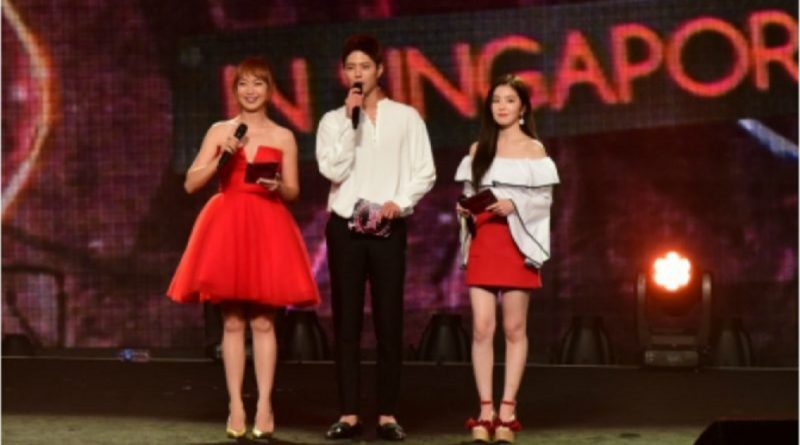 ‘Music Bank’ completed the 10th ‘Music Bank in Singapore’ tour on the 4th of August at the Suntec Convention Center in Singapore. Popular K-pop idol groups such as SHINee, CNBlue, BTS, Mamamoo, Red Velvet, and other K-pop artists performed on the stage.

The ‘Music Bank’ world tour in 2011 has met over 180,000 K-pop fans overseas starting from Japan, then France, Hong Kong, Chile, Indonesia, Turkey, Brazil, Mexico and Vietnam on 4 continents and 9 city.

‘Music Bank’ in Singapore, where all the singers sang together for ‘Singapore, Sunny Island’, opened the stage for every singer with Mamamoo as the first to appear. More than 7,000 gathered and showed their enthusiasm.

What’s interesting is the special stage that can only be seen on ‘Music Bank’. CNBlue Jonghyun and Mamamoo Wheein performed the KBS 2TV drama ‘Moonlight Drawn by Clouds’ OST titled ‘I Think I’m Done Sleeping’ and SHINee Onew performed KBS 2TV drama ‘Descendants of the Sun’ OST titled ‘You Are My Everything’ in front of the Singaporean fans.

On the other hand, in this tour, the hottest MCs, Park Bo Gum and Irene who meet again after a year and a half and become a big topic in Singapore.

BTS Rap Monster who participated in the show was impressed with the enthusiasm of the Singaporean fans, saying, “Everyone is amazing because you can follow the difficult Korean rap”.

The ‘Music Bank’ world tour is scheduled to go to Jakarta, Indonesia on September 2nd.

‘Music Bank in Singapore’ will be aired on the 15th.