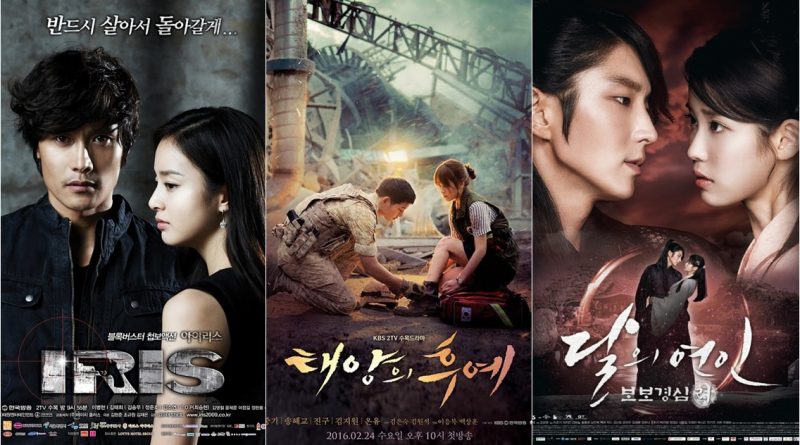 Budget or production cost is an important element in drama making. Not all quality dramas require big budgets, but in some genres that require special effects or properties, production costs are the determinants of drama quality. What are some of the most expensive dramas that request big budget? Let’s refer to the following reviews:

Iris is a drama starring Lee Byung Hun and Kim Tae Hee. This drama costs 17 million US dollars or equivalent to 223 billion for 20 episodes. The story is centered on the National Security System (NSS) agent that requires the use of super high technology. Its hooting location is not only in Korea but also in Hungary, Russia, Japan, America and China. Fortunately, the income earned from this drama is quite large and can cover the expense.

2. Descendants of the Sun

It is no secret if Descendants of the Sun is one of the most expensive dramas. The majority of the budget was allocated to establish the setting of its conflict state, Urk. Moreover, the profession of Yoo Shi Jin (Song Joong Ki) as the main character is the army, so it will be weird if there is no war, shooting, or bomb explosion. In addition to the insane production costs, this drama also requires a lot of manpower and extra (extras). The production team must spend estimately 13 billion won.

Apparently thiS  historical drama also has a big budget. In one episode, Scarlet Heart Ryeo costS as much as 400 thousand US dollars. The total of this drama spent about 8 million US dollars. The money was used to create a Joseon era setting that will make viewers seem to be in a different era.