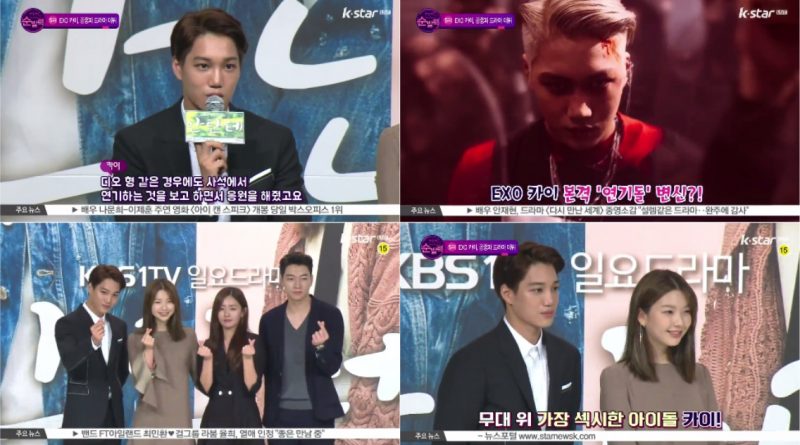 Lately, many idols have chosen to enter the acting world. Kai, the sexiest idol on stage also starred in a drama. Many EXO’s main dancer, Kai transforms into an actor. In the drama ‘Andante’ Kai became the main character named ‘Lee Si Kyung’. This is the first time he stars in a television drama. “I made an acting debut in my first television drama. I want to show a good performance if there is a chance in the future”, he said.

Kai also did not use his real name and goes on with the name Kai. He revealed, “Since I debuted as an entertainer by the name of Kai EXO, I think I will continue to use the name Kai EXO when debuting in the drama.”

Kai is known as the sexiest man on stage. He was very grateful to have been crowned as the sexiest idol on stage and promise the audience to show his handsome and sexy side from now on. Fans’ expectations are focused on Kai’s performance as an actor.

May 10, 2017 Tirta Comments Off on Go Soo, Kim Joo Hyuk, and Park Sung Woong in ‘The Tooth and Nail’ Movie Premiere
STAR VIDEO