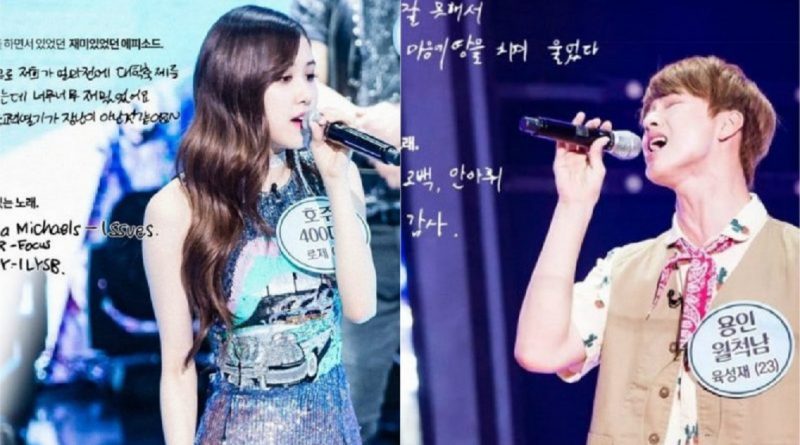 Yook Sungjae started the preface by saying, “I am Yook Sungjae, who shines like a star,” And wrote down that his hobby is fishing.

Yook Sung Jae shared a moment that made him ‘angry when he sings’. He wrote, “When I and the other members practiced the ensemble for the first time, I did not have a good cord. I felt a great responsibility as a BTOB sub-vocal.” He also revealed that he often listens to Jung Joong Il’s ‘Confession’ and ‘Hug Me’. Kim Dong Ryul’s ‘Appreciation’ is the song he’s going to sing in Star Wars’s ‘Fantastic Duo 2’.

Rose introduced herself as ‘BLACKPINK’s Main-vocal’ and wrote that she looks similar to a squirrel. In addition, she wrote down her ability, ‘Box’, meaning having a ‘Sound that sounds like someone who’s trapped in a box’.