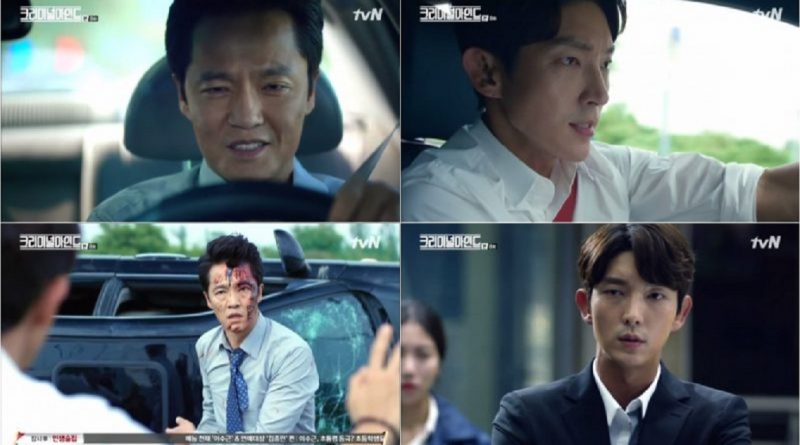 The actor who acts as a villain in ‘Criminal Mind’ gets praises for his outstanding acting. Starting from the case of a serial murder with the NCI team, Kim Won Hae, on the 16th and 17th, Im Soo Hyang – Jo Han Cheol which makes the conversation becomes very good, has expanded its interest in the drama.

Luckily the woman survived, but after that Jang Kwa Jang felt the sensation of being a killer and making him more serious in killing people. Every night he drives the car and intentionally bumps onto another car and kills the driver.

Hyun Joon (Lee Joon Ki) wants to make the case for a public investigation, but Ki Hyung (Son Hyun Joo) said it could provoke the killings and prohibits the public investigation. But the murders are becoming worse, and this is reportedly based on the investigations. When Jang Kwa Jang saw the murder scene he felt angry and left the company, a co-worker who felt weird about the incident reported it.

Finally, Hyun Joon takes over and catches Jang Kwa Jang. Jo Han Cheol who plays the character of the villain Jang Kwa Jang gets a double act as a killer.