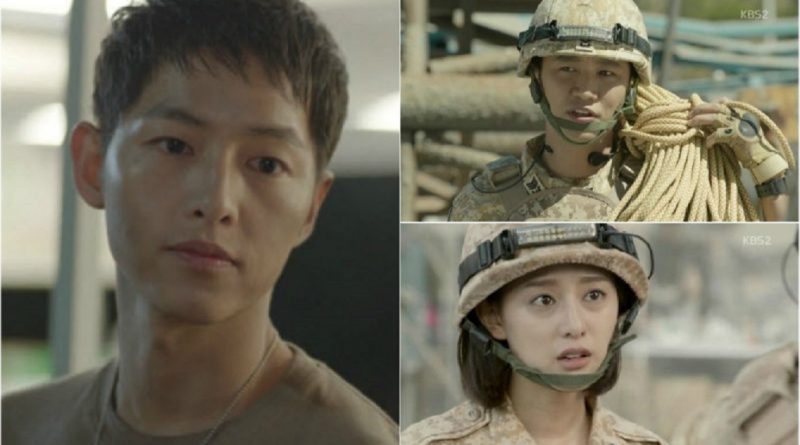 The first half of this episode was opened with a romantic scene between Yoo Shi Jin and Kang Mo Yeon.

The next day, the Korean special forces were back to cleared up the debris from the earthquake.

Apparently, there was still one person trapped under the collapsed building. Shi Jin and Seo Dae Young worked together to get the person out.

When Dae Young was about to enter the building, Yoon Myeong Joo stopped him because she feared another quake aftershock. However, Dae Young insisted because it was his job to save the people.’

Inside the building, Shi Jin calmly accompanied the newly found victim while they were waiting for help to come.