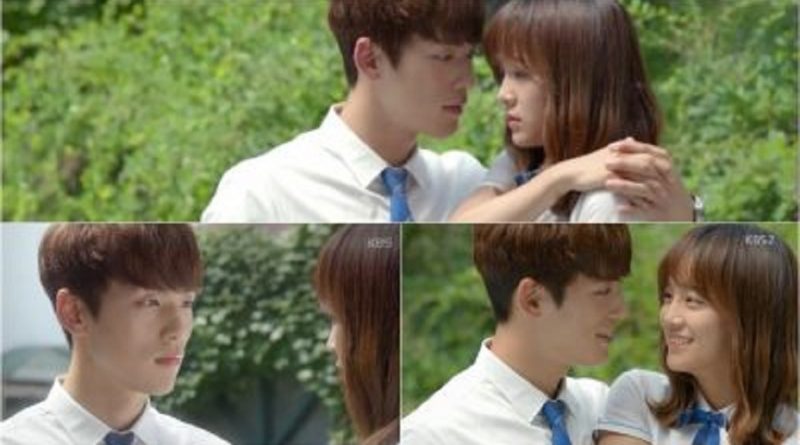 On the 22nd, Monday-Tuesday’s drama KBS 2TV ‘School 2017’ episode 12 depicted Ra Eun Ho (Kim Se Jung) and Hyun Tae Woon (Kim Jung Hyun) gripped each other and started a romantic relationship. There is a behind-the-scenes story in the final scene “Starting today. We are dating ”

The production team said, “Kim Se Jung and Kim Jung Hyun enjoy shooting in spite of bad weather. They showed great enthusiasm at the ending. At the ending scene, Eun Ho and Tae Woon who were doing ‘interlocked hands’ which was created by the actors on set after discussing with the director. Kim Se Jung and Kim Jung Hyun wanted to create a thrilling and filled with a heart-stirring atmosphere, so they posed some ideas. That’s why at the ending Eun Ho and Tae Woon appeared to be even more exciting to look at. ”

‘School 2017′ is one of the school series that has a reputation for producing an idolS who grew up as an actor who got viewers’ empathy through coming-of-age stories. Kim Se Jung and Kim Jung Hyun’s relationship adds a melodic element and raises viewers’ hopes of the remaining romance for the remaining 4 episodes.