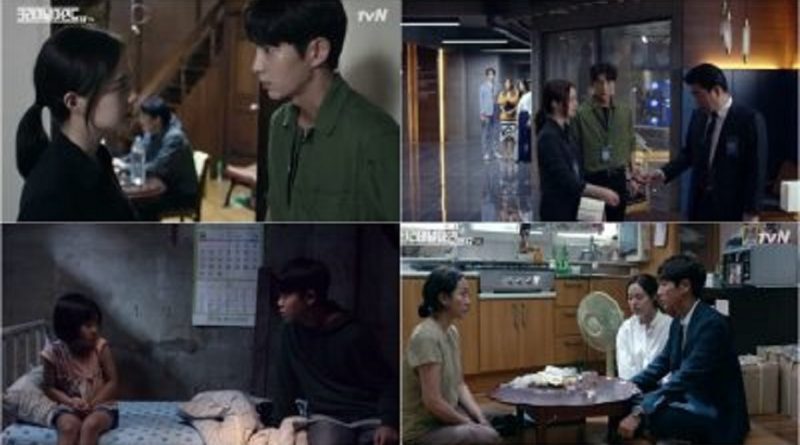 The NCI investigation were postponed. On the 23rd, in Wednesday’s TVN drama ‘Criminal Mind’ told about Yuna’s disappearance case handled by NCI. Yuna went to the playground with her family then disappeared. There was a mother who claimed to having lose her son the same way eight years ago.

Seon Woo (Moon Chae Won) and Hyun Joo (Lee Joon Ki) searched for the woman and investigated her. The woman said that after her son disappeared 8 years ago, she investigated the case of children abduction in the surrounding area. She knows exactly the number of children who died and disappeared. Initially, Ki Hyung refused to deal with the case, but Seon Woo persuaded to carry out the investigation.

The NCI agent confirmed the location of Yuna’s disappearance through CCTV. Then they found something that was always caught on camera. They seeked the identity of the person and visited his home. But apparently, the man was not the real culprit. The man was indeed planning to kidnap Yuna because of his sense of resentment towards the company of Yuna’s father. The real culprit had already done what he intended.

The man has lost his wife and son to the disinfectant humidfier produced by Yuna’s father. However, Seon Woo suspected a van that is always found in Yuna’s photo taken by the man. They investigated the van but did not have a progress yet. They also did not know the plate of the car.

Finally, the NCI agent conducted an open investigation. If the perpetrators kidnapped the child several times, they suspect that their chances had failed.

The culprit (Lee Yoon Mi) has trauma in her childhood due to violence, so she started kidnapping children. She was always focused on Yuna who often cries. The other boy tried to protect Yuna, but apparently, it made the offender angry. The little boy who disappeared 8 years ago, is now 16 years old and became an assistant criminal, but actually he wanted to rebel and at that time the tension was increasing.