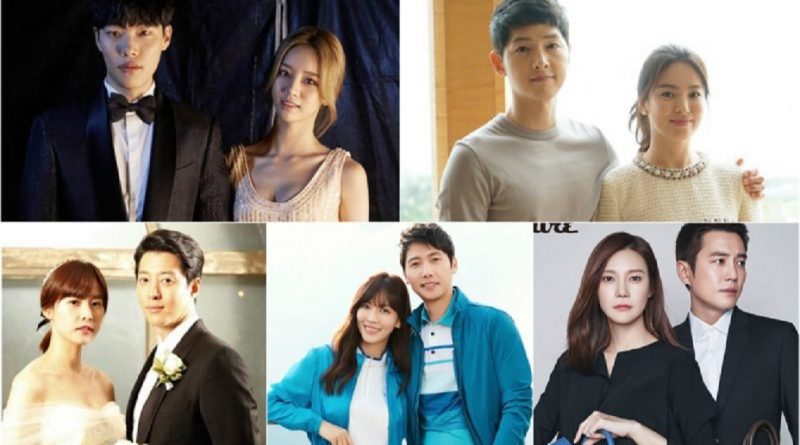 Amidst the dating news of actor Ryu Joon Yeol (31) and Girls’ Day member and actress Hyeri (23), they are now taking the spotlight by becoming ‘the couple who met in the drama’.

Ryu Joon Yeol and Hyeri in January of last year have completed the tvN ‘Reply 1988’ drama and acted as Jung Hwan and Deok Seon and together they become a famous actor and actress.

There are other couples who start their relationship after starring in a drama.

One of them is the couple in the drama ‘Descendants of the Sun’ Song Joong Ki (32) -Song Hye Kyo (36). Last year Song Joong Ki and Song Hye Kyo, who became a couple in KBS2’s ‘Descendants of the Sun’ rocked the hearts of Asian and Korean fans last year, and now they have become a real couple just like in the drama. After both denied the dating news, they shocked Asia with the announcement of their marriage. On the last day of October, their wedding ceremony will be held.

The actor and actress who was born in the same year, in 1980, Lee Sang Woo and Kim So Yeon last year finished MBC drama ‘Happy Home’. The drama brought them together, and on June 9 last year they have officially becoming a husband and a wife.y, Recently, Kim So Yeon in the making of the film with the media, said, “There are some good things from Lee Sang Woo when we are dating, but when we get married, the point is getting bigger. And I often think ‘Oh, this guy is really nice’,”d he expressed her trust and love to Lee Sang Woo.

Lee Dong Gun (37) and Jo Yoon Hee (35) in February last year finished KBS drama ‘The Gentlemen of Wolgyesu Tailor Shop’ where they were acting as a couple. At the end of the drama, they acknowledge the fact of devotion and announce the news of the pregnancy. As Lee Dong Gun appeared in the drama ‘7 Days Queen’, the two finally got married.

Actor Joo Sang Wook (39) and Cha Ye Ryun (32) last year in March completed MBC miniseries ‘Glamorous Temptation’, where they played together and maintained their closeness. In March, their agency stated, “Based on their trust and love for each other, they promise to be life-long companions and have been preparing for marriage secretly for a long time”. In last May, they got married and prepared something for their respective birthdays.