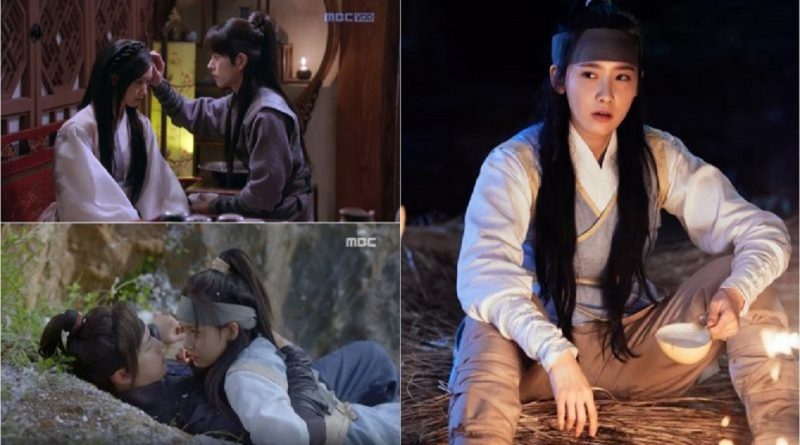 ‘The King Loves’ Im Yoona (Eun San) shows her remarkable chemistry. She is able to create the chemistry of an actress in any situation, whether male or female. The Monday Tuesday drama from MBC ‘The King Loves’ is a fantasy history drama that tells about the love and friendship of a woman and men with the background of the Goguryeo period.

When Im Yoona has a strange relationship with Im Siwan, she also shows her worries and makes the story to feel more exciting. Im Yoona showed her sincerity through the gaze, expressing sadness as if she was worried about the feeling that Im Siwan had. It can make the audience becoming more emotional.

In some scenes with Hong Jung Hyun, she creates a tense atmosphere. She tells Hong Jong Hyun who came to rescue her “It’s thrilling”. Im Yoona’s voice vibrates when she heals the wound, making Hong Jong Hyun’s chest feels weird.

‘The King Loves’ production party conveyed, “The character Eun San played by Im Yoona is depicted in a good way. On the shooting location, although only a very small part, Im Yoona is very concerned about it. She acts with her partner and prepares even to the small details, naturally the chemistry is formed with other actors. Later there will be many unexpected chemistry made by Yoona. Please stay tuned”.

Meanwhile, ‘The King Loves’ is a fictional drama based on a novel of the same title. Aired every Monday and Tuesday at 10 pm South Korean time.