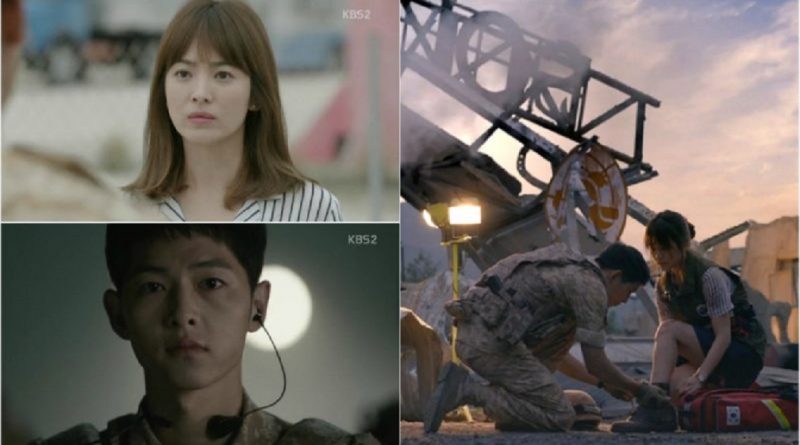 Part 2 of episode 6 was opened by a touching scene. Previously, an earthquake hit Urk and injured several people.

Kang Mo Yeon (Song Hye Kyo) who was supposed to go back to Korea decided to cancel it because she was worried about the people in her team that was still in the Medical Cube.

After she was convinced that her team was alright, Mo Yeon and Yoon Myeong Joo (Kim Ji Won) went to the power station building that crumbled and injured people.

Shi Jin came to her but they didn’t talk that much. The strong chemistry between the two main characters made this scene became a topic among the fans.

On the other hand, Myeong Joo and Dae Young also met and both showed concern toward each other.