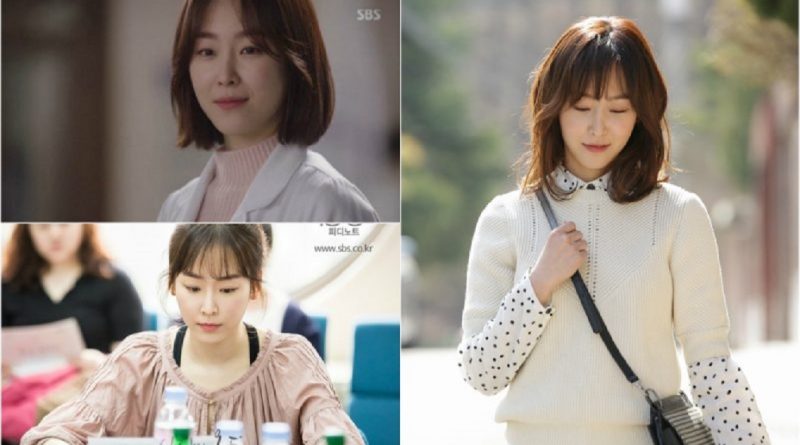 Actress Seo Hyun Jin will return with drama ‘Temperature of Love’. In this work, the author brings Seo Hyun Jin to transformation until she gets the nickname ‘Queen of Viewers’.

Seo Hyun Jin on SBS’s upcoming drama ‘Temperature of Love’ will play as Lee Hyun Soo where after 10 years of life as an assistant writer, she is now a drama writer.

Hyun Soo is a person who has graduated from a first class university and who has a careless and direct nature who can resign from a big company. There’s a lot of curiosity and good strength, but her love story is not prominent. Love is the choice of reason and will, not because it falls at first sight, but because of trust. But when meeting Jung Seon, Hyun Soo’s life starts to change.

Jung Seon is played by Yang Se Jong. Seo Hyun Jin and Yang Se Jong meet again after the completion of SBS ‘Romantic Doctor, Teacher Kim’ drama. Thus, they are in a situation where their chemistry is eagerly awaited by the audience. Specifically, on the video of the released manuscripts, the two immediately held hands after meeting and sharing their happiness which attracts attention.

Through tvN ‘Another Miss Oh’ Seo Hyun Jin has shown remarkable achievements, challenging herself to become the ‘Queen of Viewers’ again after ‘Romantic Doctor, Teacher Kim’. ‘Another Miss Oh’ wrote a new history of the ratings of cable TV dramas, and ‘Romantic Doctor, Teacher Kim’ was also favored with a high viewer rating of over 27%. Seo Hyun Jin, of course, cannot be said to do everything by herself, but she has played a role to improve the immersion of the audience with her stunning character’s digestive power.

Seo Hyun Jin plays a very special character thanks to her solid acting skills. So, Seo Hyun Jin is eagerly awaited to showcase her appeal to portray Lee Hyun Soo this time.

December 26, 2017 Ria Comments Off on ‘Along With The God’ Actors Talk About Reincarnation
MUSIC VIDEO