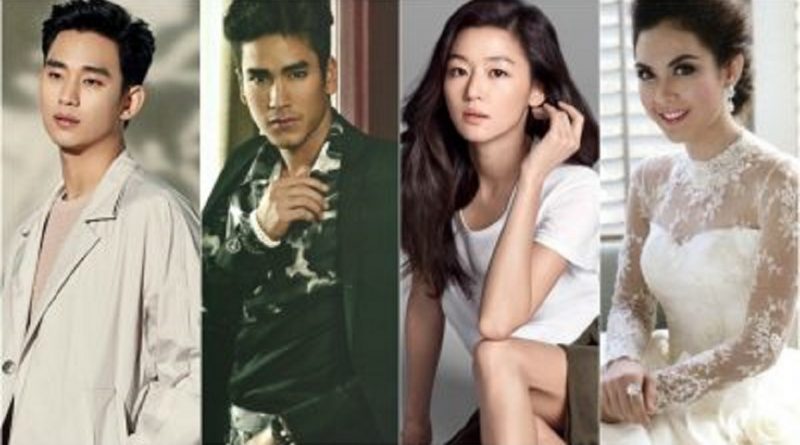 According to ET News, Thailand’s Ch3 broadcast reported the production of Thai’s version of the drama ‘My Love from the Star’.

The Thai version has a very beautiful casting. The top Thai stars, Nadech Kugimiya and Matt Peranee, each will play the male and female leads, and Chun Song Yi’s brother Chun Yoon Jae which was played by Ahn Jae Hyun, will be played by a young star Ithipat Keawnil. Then the roles of Park Hae Jin as Lee Hee Kyung and Yoo In Na as Yoo Se Mi will be played respectively by Masu Junyangdikul and Kamolnet Reungsri.

Korean drama ‘Full House’, ‘Princess Hours’, ‘Coffee Prince’, and other dramas have been made into a remake and were in demand in Thailand, and now they make a remake of the drama ‘My Love from the Star’, which is loved throughout Asia. It should be noted how the Thai version of ‘My Love from the Star’ will be responded locally.

‘My Love from the Star’ portrays the romantic story of Do Min Joon’s, an alien who had fallen on Earth 400 years ago and met the Hallyu star Chun Song Yi. The drama aired from 2013 to 2014 and received a warm love. Through this work, Kim Soo Hyun became one of the best Korean stars.

March 28, 2017 Tri Comments Off on Idols Who Are Busy Acting
DRAMA VIDEO