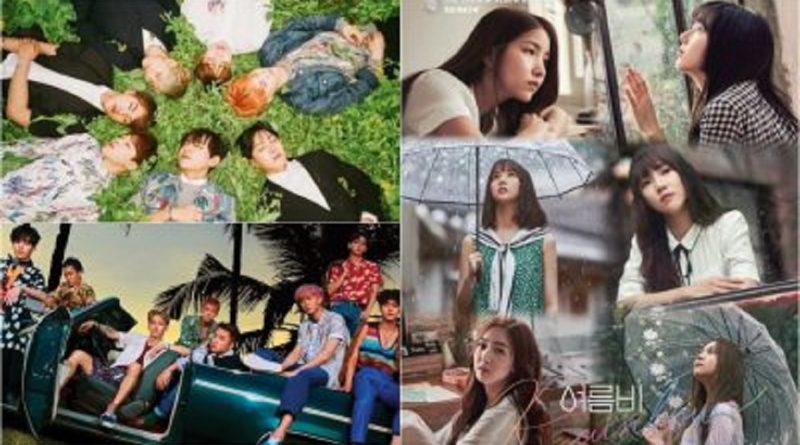 The group battles will start in September. Every week, a number of singers are ready for a comeback, such as EXO on September 5th, G-Friend on the 13th and BTS on the 18th.

On August 31st, through its official SNS, G-Friend released the repackage album teaser ‘Rainbow’. The teaser with an eye catching pictures of the member in the song titled ‘Summer Rain’ has attracted attention. On September 1st, they held an event for the fifth mini album ‘Parallel’.

EXO who has recorded millions sales 4 times in a row with their fourth album ‘Hot’ announced the repackage of the fifth album ‘The War: The Power of Music’ They have added 3 new songs. The EDM genre was featured in a song called ‘Power’.

BTS has released a teaser on drama series that shows the story of the youth. ‘LOVE YOURSELF Highlight Reel’ has many clues to interpreting the worldview from a BTS standpoint. In the end, they try to describe the process of loving yourself as the beginning of all love. Flowers appear several times as a clue for their comeback to fans. In many assumptions, BTS will feature their mini album with the title ‘LOVE YOURSELF: Her’.

May 30, 2018 Ria Comments Off on 3 Famous Korean Actors Who Are Still Willing to Be Cameo in Drama
BEAUTY Rank&Talk