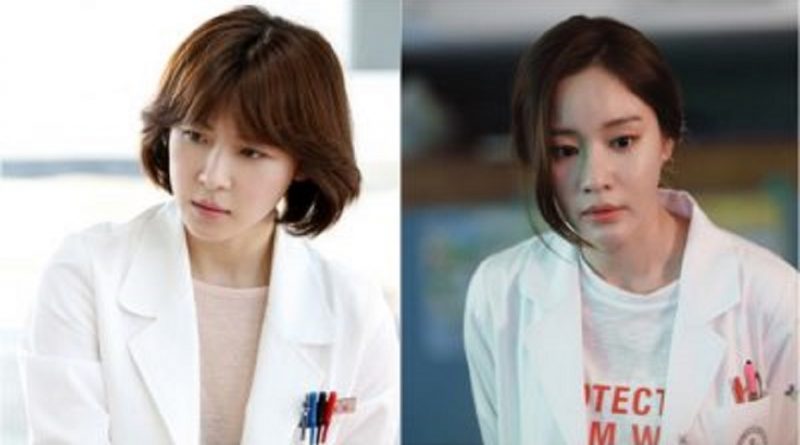 Actresses Ha Ji Won and Kim Ah Jung each acts in Wednesday-Thursday drama MBC’s ‘Hospital Ship’ and Saturday-Sunday drama TVN’s ‘Live Up To Your Name’. Through the dramas, the two actresses are trying to act as a doctor’s character for the first time. More than 10 years in the acting career, the two actresses drew the attention of viewers with how quickly they adapt themselves into the character of a doctor.

Ha Ji Won and Kim Ah Jung perform in each drama with a good acting development through the profession of their characters with diverse techniques. Ha Ji Won tries hard to get along with the people around her and adapt to live alone. The character played by Kim Ah Jung concentrates on her cold attitude that only takes into account skill without being able to mingle with the people around her.

Ha Ji Won cut her hair short and discussed essays on the lives of doctors, indirectly she studies the psychology of doctors. In addition, she practiced dissecting usin a banana peel. Kim Ah Jung also immediately follows the thoracic surgeon. She visited the surgery site and did her best to get closer to the doctor character.

Ha Ji Won shows her enthusiasm. The balance is not seen in Kang Min Hyuk’s as her co-actor and Lee Seon Won. ‘Hospital Ship’ is Kang Min Hyuk’s second time to act as the lead role after 2016 SBS’s ‘Entertainer’, while Lee Seon Won is a newcomer. This makes Ha Ji Won must strive alone to produce a good drama.

On the other hand, Kim Ah Jung co-acts with Kim Nam Gil, so the burden she carries is not so heavy. It allowed her to concentrate on her character. Although this is the drama of Ki Ah Jung as a doctor, it seems that this is not too difficult because she appears as a ‘humble’ person and she has acted such a character several times. Kim Nam Gil is also an expert in acting silly and funny.