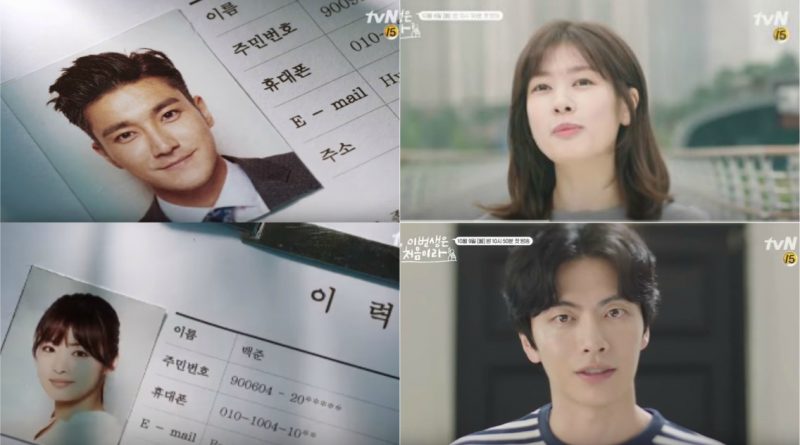 Starting from the drama ‘Live Up To Your Name’, ‘Argon’ until the next drama ‘Byun Hyuk’s Love’, ‘Because This Is My First Live’.

tvN’s popular dramas ‘Live Up To Your Name’, ‘Argon’, until the drama released next month ‘Byun Hyuk’s Love’, ‘Because This Is My First Live’ have established tvN as a drama kingdom. Both successive works have a similar story and the dramas describe the joy and sadness of the youths who live in the present day.

The first drama ‘Because This Is My First Life’ which will replace the drama ‘Argon’ is the newest drama that aired on October 9, telling about Yoon Ji Ho (Jung So Min) and Nam Se Hee (Lee Ming Ki) who live in the same roof.

The production crew aims to explore the fiercest life of the youth in this era and present the real problems that youths experience. As a result Jung So Mi surrendered with her love life as Yoon Ji Ho, while Lee Min Ki chose not to marry.

The latest Saturday-Sunday’s drama’Byun Hyuk’s Love’ will begin airing on October 14th replacing the drama ‘Live Up to Your Name’. This is a comedy drama telling the story of a 3rd heir in the Chaebol Byun Hyuk (Choi Siwon), Baek Joon (Kang So Ra) who works hard to find a job to survive, and Kwon Je Hoon (Gong Myung) an old friend of Bun Hyuk who has an elite and best specs in Korea.

Choi Siwon transforms into Byun Hyuk the chaebol boy who is very clever and always lives happily despite not having a job and life without a clear purpose. He is romantic and has a pure heart. Baek Joon lives in a poor area and lives by hiding her real identity.

Kang So Ra plays Baek Joon  a highly educated woman who has perfect specs yet does not have a steady job. Bek Joon’s life when meeting Byun Hyuk becomes more positive and full of justice.