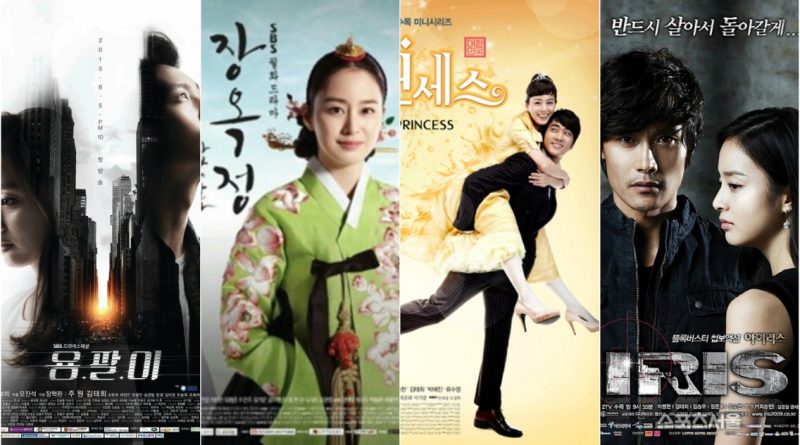 Only a few actors and actresses achieve such great success in such a short time as Kim Tae Hee. Her numerous achievements and international recognition have made her a global success, with fans around the world vigorously watching her upcoming performance. With such a good reputation, it is easy to predict that we will see more of this remarkable actress. Here’s a drama that brings her to success.

The SBS drama tells about Kim Tae Hyun (Joo Won) who is a gifted surgeon. Desperate for the money to pay his sister’s medical bills, he adopted the Yong Pal code name and offered his medical skills to those who needed medical attention but could not do it openly, dealing with criminals and corrupt plutocrats. Joining Kim’s corrupt doctor’s team, he saves the sleeping beauty, Han Yeo Jin (Kim Tae Hee), a chaebol heir from a medically induced coma, which caused unintended consequences.

The story begins when a beautiful royal mistress named Jang Hee Bin (Kim Tae Hee) who managed to become queen during the Joseon dynasty although she only survived to be the queen for 6 years and finally was sentenced by a death law. Jang Hee Bin, though beautiful and famous, has a bad side that is famous for her cruelty and her thirst for power. This drama tells the other side of life before  Jang Hee Bin becomes Jang Ok Jung’s mistress. Before having a mistress, Jang Ok Jung had worked as a royal clothes designer and cosmetics maker at that time and narrated her love journey with King Sukjong (Lee Son’s name before becoming the king).

In short, this drama tells the story of Lee Seol (Kim Tae Hee) who is a regular student, but her life instantly changed when she found out that she is a daughter of a Korean monarchy that has been extinct for a long time. The Korean president then commissioned Park Hae Young (Song Seung Hun), a diplomat to become the princess’s tutor. Hae Young himself opposed the restoration and intended to give all his property to the public after Lee Seol officially became a princess. Over time Hae Young started to fall in love with the princess and vice versa and they too must face a difficult choice.

A story about the confidence, betrayal and conspiracy of secret agents of South and North Korea. Kim Hyun Joon (Lee Byung Hun) is a secret agent who works on the South Korean secret service known as “NSS” and Vick (TOP) is a murderer who works in other secret organizations based in the USA under the name “IRIS” and Vick is ordered to kill Hyun Joon. Choi Seung Hee (Kim Tae Hee) is a psychological analyst who plays an important role to bring Hyun Joon into the NSS. Jin Sa Woo (Jung Joon Ho) is Hyun Joon’s friend and can become an enemy and also fall in love with Seung Hee.

July 4, 2017 Ria Comments Off on Reasons of Kim Soo Hyun and Suli Choosing Movie ‘Real’ and Supports from Other Stars
STAR VIDEO