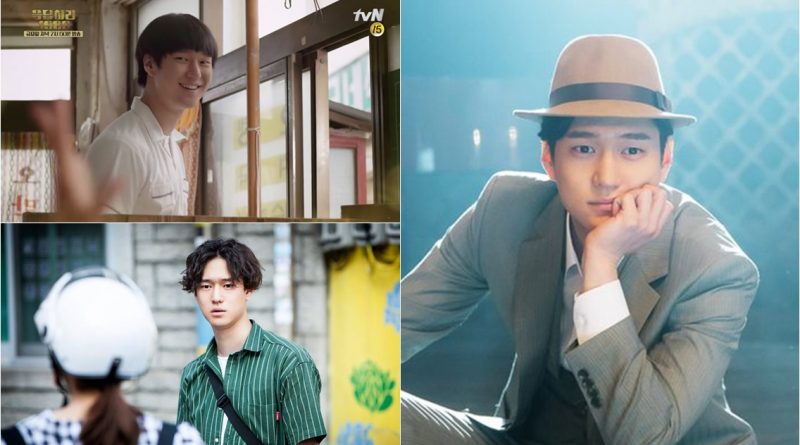 Go Kyung Pyo IS starring in Friday-Saturday KBS2’s drama ‘Strongest Deliveryman’ as the main character. He acts as Choi Kang Soo, a deliveryman in a Chinese restaurant who has a youthful soul and generous thoughts. Choi Kang Soo gathers his friends and described the development process of the CEO delivery company.

His love story with Lee Dan Ah (Chae Soo Bin) further adds to the excitement of the story and is considered a good youth drama. Recently, he transforms into a gentle by changing his hairstyle and wearing a suit.

Go Kyung Pyo has showed great results on the Friday-Saturday drama. Last year he began to get attention when starring in the tvN ‘Reply 1988’  playing the role of Sun Woo, a good schoolboy. Unlike his friends, Sun Woo looks polite and sweet, but in front of the woman he wants to appear more manly. He is active in variety shows as well as sitcoms, his works make viewers recognize Go Kyung Pyo’s powerful comedy image.

Last June, he played the character of a ghost writer in the tvN drama ‘Chicago Typewriter’. Being an activist of the independence movement, he is also very romantic. His soul settled on a typewriter for the sake of someone he loved and his best friend. If we see the first part of his life is the intellectual character of the Japanese occupation, then in the second half of his life, he was looking for women in the past that he loved and his best friend.