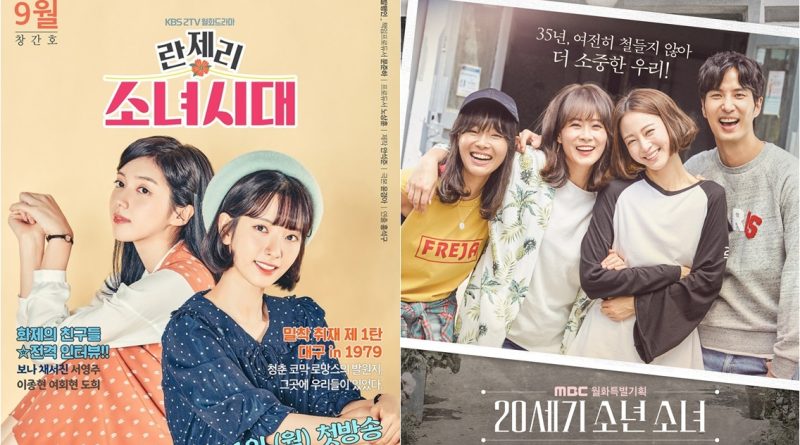 This fall, viewers anticipate vintage vibe in the 20th century that accepts a cultural system. In September, the KBS drama ‘Lingerie Girl’s Generation’ and MBC ’20th Century Boy and Girl ‘will be a hot issue in the second half of 2017.

KBS 2TV’s Monday-Tuesday drama ‘Lingerie Girl’s Generation’ premiered on September 11th. The drama is set in Daegu in 1979 and portrays teenage emotions that constantly change over time and it will automatically make us remember the school days. Starring Bona and Chae Seo Jin, this drama features the atmosphere in the 70s and the joy of teenagers reminiscent of the ‘Reply’ series. It is expected that this drama is able to give a sweet feel to the audience.

On September 25th, MBC’s drama  ’20th Century Boy and Girl’ will air its first episode. This romantic drama tells of the process in which a 35-year-old girl grows through deep love and friendship with someone who lives in the same neighborhood as her. ’20th Century Boy and Girl’ starring Han Ye Sul, Ryu Hyun Kyung, Lee Sang Hee, Kim Ji Suk, Lee Sang Woo, and Kang Min Ah (Gugudan). Lee Sun Hye who also wrote the series ‘Reply’ is expected to give a warm emotion.