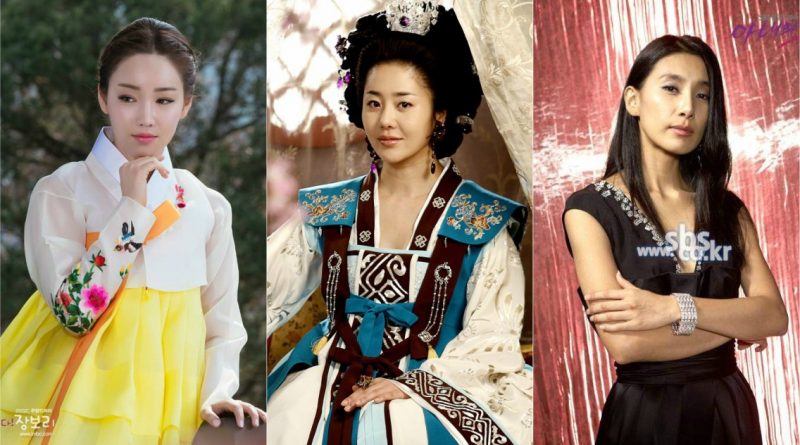 Beautiful actress Lee Yu Ri once played as an antagonist in the drama ‘Come! Jang Bo Ri ‘. The drama aired on 5 April to 12 October 2014 on MBC for a total of 52 episodes. Drama ‘Come! Jang Bo Ri ‘is very popular in Korea, this drama managed to rank number one in Saturday-Sunday drama competition and ended up with a rating of 40.4%. In this drama Lee Yu Ri plays Yeon Min Jung, the sister of Jang Bo Ri (Oh Yeon Seo). Yeon Min Jung is a very thirsty character for wealth and position because she comes from a poor family. She becomes a member of a wealthy family after deceiving the family by saying she was an orphan.

The 1973-born actress Kim Seo Hyung was successful in making the audience annoyed for her role in the popular drama ‘Temptation of Wife’. The drama aired on 3 November 2008 to 1 May 2009 on SBS with a total of 129 episodes. In this drama, Kim Seo Hyung played a role as Shin Ae Ri. Shin Ae Ri’s character is very cunning and thirst for wealth and luxury. She even snatches the husband of her friend Goo Eun Jae (Jang Seo Hee) who is named Jung Kyo Bin (Byun Woo Min) and attempts to kill Eun Jae. She manages to make the audience upset and furious for her efforts to get rid of Eun Jae to get everything.

Ko Hyun Jung once played an antagonist in the drama ‘The Great Queen Seon Deok’. The drama aired from May 25th to December 22nd, 2009 on MBC with a total of 62 episodes. The drama is based on the life of Queen Seon Deok of Silla, and because of its popularity, the drama is extended to 62 episodes from originally planned for only 50 episodes. In this drama Ko Hyun Jung plays the role of Mi Shil, who wants to master the kingdom. This drama tells of Deokman (Lee Yo Won), the name of Queen Seon Deok as a child, who was born as a twin but then discarded. She is then taken back to the Silla kingdom and meets with her twin Princess Cheon Myeong (Park Ye Jin) to greet Mi Shil.