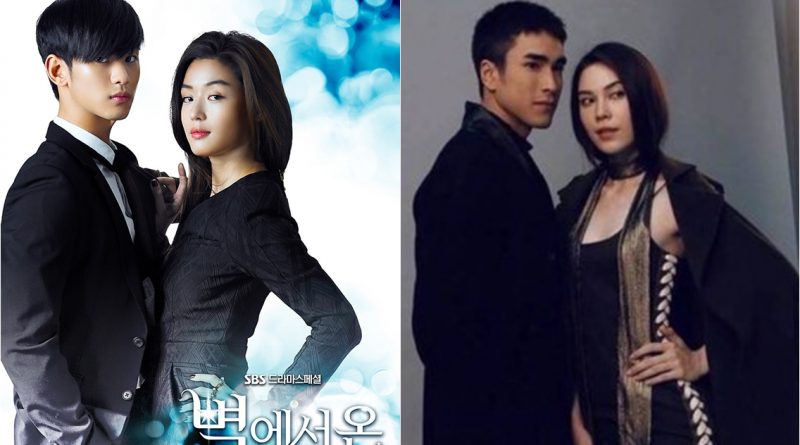 Before its first broadcast, the production team released a photo of their second meeting. It Included a poster photo shoot. Actors playing as Do Min Joon and Chun Song Yi, Nadech Kugimiya and Feragni took pictures with the same pose as the original poster. Thailand has re-make the drama ‘Full House’, ‘Princess Hours’ and ‘Coffee Prince’ which was favored by local audiences. People are curious whether the response will be as great as the original drama ‘My love from the Star’.

‘My Love From The Star’ is a drama that aired in between late 2013 and early 2014, telling about Do Min Joon’s romance as a 400-year-old alien with Hallyu star Chun Song Yi. Through this drama, Kim Soo Hyun became a famous Hallyu star.