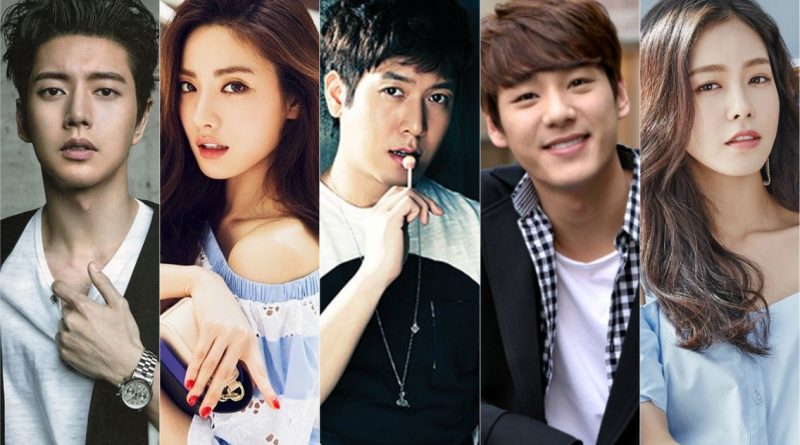 SBS’s drama ‘Four Men’ confirmed the line up of its cast. ‘Four Men’ is a romantic drama that tells of a female detective who lost a man, and by chance met her twin.

Park Hae Jin who first confirmed will play this drama plays Jung Il Hoon, the son of the big company owner whose identity kept as a secret and lives as secretary. Nana will play the role of a female detective named Yeo Rin. Viewers focus on what story will be shown by actor Park Hae Jin.

Nana whose acting skills are known through the tvN drama ‘Good Wife’, will play the female lead character in ‘Four Men’. Nana’s character Yeo Rin became a police officer with special skills in fighting and judo. She is more adept at using her body than her brain and it will be the most human side of her.

Another male character is Kang Il Kwon a successor chaebol played by Jo Hyun Jae. In contrast to his younger brother Il Hoon (Park Hae Jin), Jo Hyun Jae will play a charismatic character. It is said that he will show a different charm from SBS’s previous drama ‘Yongpal’.

The last ones are Kwak Si yang and Kyung Soo Jin. Kwak Si Yang acts as Choi Jin Soo, the police officer who is a friend of Dong Min (Park Hae Jin) and is Yeo Rin’s dead lover. Kyung Soo Jin plays a reporter named Hyun Soo and a friend from Yeo Rin. Both seem to be important characters that will reveal the truth.

‘Four Men’ is a 100% pre-production drama. Scheduled to start filming in November and airing on SBS.