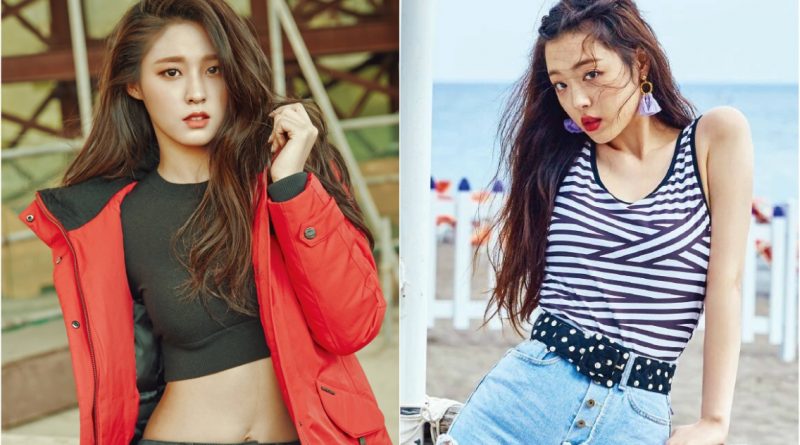 Seolhyun and Sully, the two actresses who began their career as a member of girl group have different scores on the big screen.

The film ‘Memoir of a Murderer’ starring Seol Kyung Gu and Kim Nam Gil, has been at the box office since its opening on the 6th.

Seol Kyung Gu, Kim Nam Gil and Oh Dal Soo, and other artists have come to rescue the acting world, but it is true they are worried about Seolhyun as one of the cast, after the movie was released, the audience received graduation score with her hot body. “I want to get out of the image,” Seolhyun challenged herself to do a thriller that is not easy, and wished to go further into the footsteps of the actress ‘Kim Seolhyun’.

Sully, who is considered an actress from a representative girl group had to taste a bitter result in the movie she was starring this year. Sully met the audience for a long time with the movie ‘Real’ released in June. ‘Real’ is a big blockbuster with a huge production cost of 11.5 billion invested by Asian stars Kim Soo Hyun and Alibaba Pictures in China.

However, ‘Real’ received huge criticism at the opening.

Sully, who acted as a rehabilitation therapist, Song Yoo Hwa, sometimes took a provocative yet sometimes pure lcharacter and directed a high level of exposure and truth, but did not attract the charm of the character itself and was only used for male gaze. There are too manyscenes that try to show off the sexual attraction of Song Yoo Hwa.