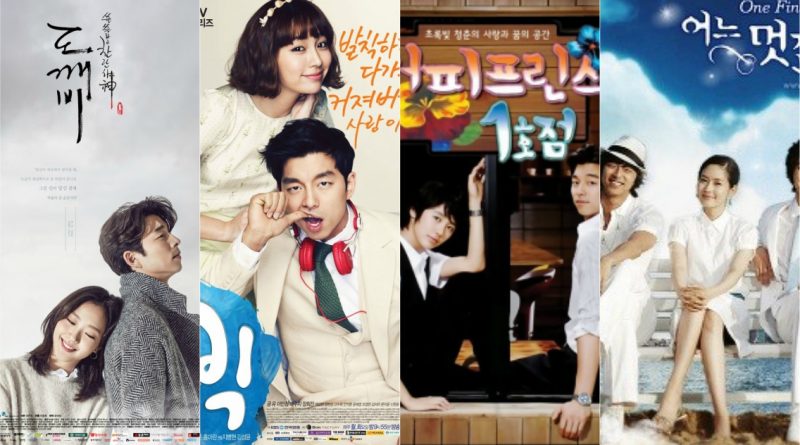 Who does not know the figure of famous Korean actor Gong Yoo? Gong Yoo has become Asia’s top stars in Hong Kong and Taiwan thanks to the drama ‘Goblin’ and ‘Train to Busan’. In addition his handsome face with exceptional acting skills, making himself has many fans around the world. Here are 4 dramas that bring Gong Yoo to success.

The drama aired from late 2016 to early 2017 is a drama that brings great success to Gong Yoo. KBS drama ‘Goblin’ tells the story of a man named Kim Shin (Gong Yoo) who is looking for his future wife who turns out to be Ji Eun Tak (Kim Go Eun). Kim Shin is required to become a Dokkaebi (Goblin) and must find a bride to end his life. On her birthday, Ji Eun-tak sat by the sea with a light birthday cake. At that moment, Kim Shin suddenly appeared in front of her. The scene becomes a scene that will not be forgotten from the drama ‘Goblin’.

In the drama ‘Big’ which premiered in 2012 on KBS, Gong Yoo acted as Yoon Jae and Kang Kyung Joon. In this drama he co-acted with Gil Da Ran (Lee Min Jung). Kang Kyung Joon, an 18-year-old orphan, a new student moving from America, accidentally split his soul from his body and trapped inside the body of a doctor named Seo Yoon Jae. Both of them had an accident and drowned in the river when Kyung Joon tried to cheer his teacher. At the same time, Doctor Seo was driving to meet hrt fiancee. As for Seo Yoon Jae, he is a doctor and Da Ran’s fiancee.

Gong Yoo’s drama that premiered in 2007 is a MBC drama where he played as Choi Han Gyul. Coffe Price is a drama that revolves around the love life and dreams of four young people who meet in a cafe. Choi Han Gyul (Gong Yoo) is an intelligent young man who hates a career in his life. Unwilling to join the family business, he was ordered by his grandmother to run a cafe. Unable to obey his grandmother, he does not take responsibility for running a cafe and immersing himself in the coffee business. One day, he meets Ko Eun Chan (Yoo Eun Hye), a cheerful girl who has an unpredictable personality and finally learns about true love.

MBC drama that aired in 2006, Gong Yoo took role as Seo Keon. The drama ‘One Fine Day’ is a drama about a girl working in an aquarium, reuniting with her brother who has been separated for 15 years. This drama was set in one of the most beautiful places in Australia. Because it introduced a new kind of job aquarist, it used many types of underwater filmmaking techniques. This new technique uses HD cameras, which captivate viewers with great images. The drama starred Namgung Min, Sung Yu Ri, Gong Yoo, Lee Yeon Hee, and others.