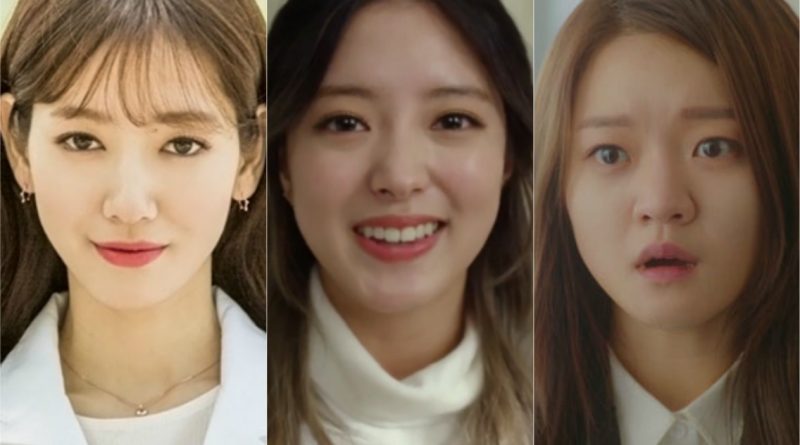 Park Shin Hye debuted in 2003 by starring in the music video of singer Lee Seung Hwan and was crowned as national sister through drama ‘Stairway to Heaven’ with her role as Choi Ji Woo. In 2009, Park Shin Hye played in the drama ‘You’re Beautiful’ as Go Mi Nam, and co-acted with Asian star Jang Keun Suk, Lee Hong Ki and Jeong Young Hwa. She has also been in the work of writer Kim Eun Sook as the lead actress in ‘The Heirs’ (2013), ‘Pinocchio’ (2014), ‘Doctor’ (2016) and gaining much attention from viewers.

Lee Se Young debuted in 1996 in SBS ‘The Brother’s River’, then in 2014 played in the movie ‘Hot Young Bloods’, drama ‘Lovers of Music’ and began to get the attention of viewers as a mature actress. Lee Se Young received love as an actress with beautiful looks and extraordinary charm. Lee Se Young earned her fame two years ago through the drama ‘The Gentlemen of Wolgyesu Tailor Shop’ by competing acting with actor Hyun Woo. Since then, she has been the MC of the ‘Get It Beauty 2017’ beauty program and has played a part in the drama ‘The Best Hit’.

Ko Ah Sung performed impressively in ‘The Host’, ‘Snowpiercer’ (2013), ‘Thread of Lies’ (2014), ‘Office’ (2015) ‘A Melody To Remember’ (2016). She is an actress with a strong image and in 2015 she played in the drama ‘Heard It Through the Grapevine’ which previously experienced a delay in viewing but the audience put great confidence in this drama. Recently she played in the MBC drama ‘Radiant Office’ featuring a 20s characteristic representative character that attracted the audience’s sympathy.

May 7, 2018 Ria Comments Off on 7 Couples In K-Drama Who Have Huge Height Difference
Rank&Talk STAR