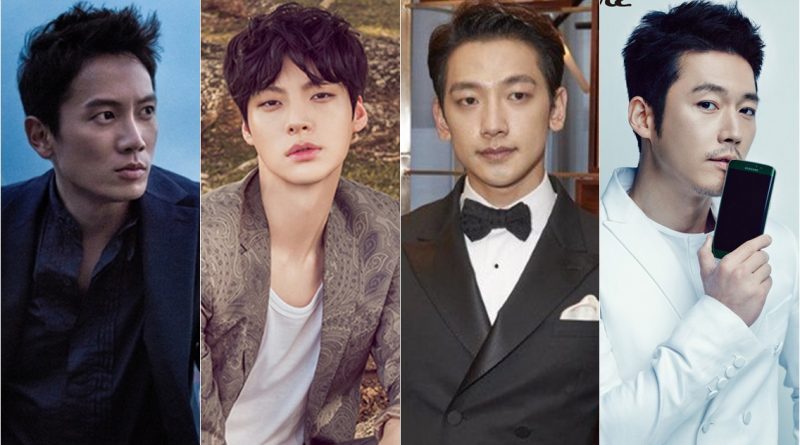 Having an open relationship is not easy for Korean artists. For the sake of their career and work, they often hide their relationship from the media and fans. They announce  the relationship when they are ready to get marriedt For example, Song Joong Ki and Song Hye Kyo who have been hit by dating gossip many times, both continued to deny but suddenly announced to get married on October 31st. Many people hink, the charm of the actor will fade away when they got married. But not for the actors below who are still fascinating despite being married.

Ahn Jae Hyun is married to actress Goo Hye Sun on May 21st, 2016. Their marriage age is considered new. However, because they look very lovely and romantic, both are involved in the program tvN ‘Honeymoon Diary’ which shows the genuine life of married couples. Ahn Jae Hyun is considered as a true man in treating his wife. In May, on the 1st day of marriage through his Instagram account, Ahn Jae Hyun posted a video of himself in a huge teddy bear costume. Visually his baby face and proportional body posture make him look dazzling even though he is married.

Jisung has long been dating Lee Bo Young. When he announced his marriage, many fans are were rooting for him. Both have been blessed with a beautiful princess named Ji Yoo who was born in 2015. Although he is already a husband and father, Jisung still has been flooded with offers in acting. He has completed the drama ‘Defendant’ which ended on March 21st, 2017. It proves that he still exists in the entertainment industry despite being married.

the phenomenal couple Rain and Kim Tae Hee got married on January 19th, 2017. After a long time dating, Rain and Kim Tae Hee finally married each other. Rain is one the big Korean stars who introduce Hallyu to the world. Thanks to his acting in the drama ‘Full House’ with Song Hye Kyo, his name skyrocketed in Asia. Despite being married, the aura of the star does not disappear. After taking a break in the summer, Rain will be making his comeback with his new album ‘RAIN EFFECT’ in November and is hugely awaited by his fans. In addition, he will also attend the tv program ‘The Unit’ as an MC and mentor.

This handsome man has been married since 2008. But he still looks active playing in the drama and his acting still looks stunning. His face and posture were not aging. He said that since his marriage, he managed to score a more gentle and romantic role. Although Jang is well known for his action dramas and portrays a cold-hearted character, his marital status changes him and gives him a point of view in a romantic role. It proves he looks even more stunning after marriage.

July 16, 2017 Tri Comments Off on [RANK AND TALK] 4 Festivals You Have To Attend in Korea
Rank&Talk STAR