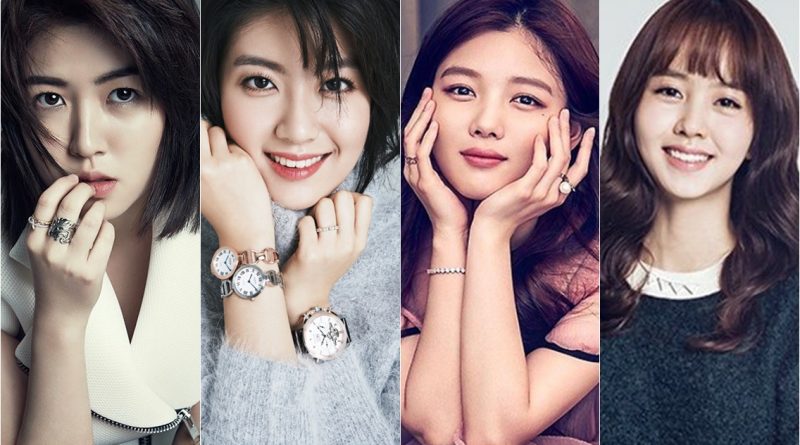 The following actresses have grown and developed into a ‘genius actress’ on screen. Shim Eun Kyung, Nam Ji Hyun, Kim Yoo Jung, and Kim So Hyun are considered as the next generation actresses which are promising in the Korean drama and cinema industry because of their uniqueness.

Shim Eun Kyung debuted in ‘Dae Jang Geum’ in 2003, and this year she is 24 years old. Through the movie ‘Sunny’ which was released in 2011, she acted a funny character and proved her ability to star in ‘Miss Granny’ her first film as a protagonist with a convincing acting. The movie ‘Queen of Walking (2016)’ starring Shin Eun Kyung has become one of her great works. Shim Eun Kyung became an actress who can be seen more often on the big screen than a tv screen.

Nam Ji Hyun’s face began to be known when starring as the young Duk Man’s daughter in drama ‘Seondok’ in 2009. In the drama ‘Giant’, she became Hwang Jung Yeon’s young version and her face became more familiar to the viewers. In 2014, in the weekend drama ‘What Happens to My Family’ she began to act as an adult. She starred in ‘Shopaholic Louis’ and ‘Suspicious Partner’, and became an attractive 20th-century actress.

In ‘The Moon That Embrace the Sun (2012)’ Kim Yoo Jung became Korean’s National Sister and tried to become more mature since then. She proved her great presence on the big screen with the movie ‘Because I Love You’ and co-acted with Cha Tae Hyun. She earned praise and a good reputation for her good acting and deep emotion in the drama ‘Angry Mom (2015)’. Then she became famous thanks to ‘Moonlight Drawn By The Clouds’ in which she presented a sweet romance with Park Bo Gum.

Lastly, Kim So Hyun has a calm and feminine appearance. She creates a unique image with a charm that is different from others. In ‘The Moon That Embrace the Sun’ she acted as a child actress and got a lot of support from viewers because of her strong acting performance. In ‘I Hear Your Voice’ which aired in 2013, Kim So Hyun left a deep impression with her appearance since the first episode. Kim So Hyun was praised for having perfectly brought 2 characters at once in ‘School 2015: Who Are You’. After that, she continues to show her performances in various genres such as ‘Page Turner’, ‘Let’s Fight Ghost’, to ‘Ruler’ and becomes a trustworthy and dependable actress.

February 16, 2018 Tri Comments Off on 3 Male Stars Who Are Good at Cooking
DRAMA Rank&Talk