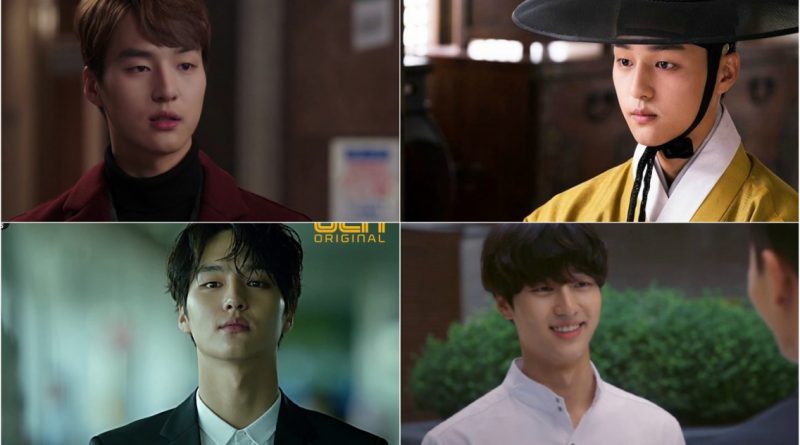 The actor, who is now his second year since debuting, has earned a reputation for his role in ‘Temperature of Love’ and was once again recognizable to the audience for his acting skills and making solid filmography.

After appearing in a short film in 2013, he debuted through SBS ‘Romantic Doctor, Teacher Kim’ in 2016, and he is the newcomer to her second year of debut. But seeing his filmography, it is unbelievable that he is only a rookie. In addition, he acted as supporting characters several times and managed to receive the attention of the audience.

Yang Se Jong’s path start from his official debut is very beautiful. From Han Suk Gyu, Seo Hyun Jin, to Yoo Yeon Suk. In the SBS drama ‘Romanctic Doctor, Teacher Kim’, Yang Se Jong played a child who is always compared to a friend whose parents are rich. He looked shabby and poor, but he has played a role in the Do In Bum with great performance.

This is the perfect performance of the subtle emotional acting among seniors and juniors who have exceptional acting skills. Yang Se Jong ensured his eyes as an actor for viewers in his first work.

Though not his debut film, Yang Se Jong played in SBS ‘Saimdang, Light’s Diary’ before finished filming ‘Romantic Doctor, Teacher Kim’. In the case of this work, Lee Young Ae returned to the drama within 13 years after ‘Dae Jang Geum’. Yang Se Jong acted as a person with 2 characters, Lee Gyeom, a boy during the Joseon and Han Sang Hyun dynasties, who pursue a story hidden in Saimdang’s diary.

Yang Se Jong’s work that proves his talent to the public is probably OCN ‘Duel’. ‘Duel’ ‘is a thriller drama with the story of two criminals who were kidnapped by the good and the evil, and a detective kidnapped by their daughter. Yang Se Jong plays Lee Sung Joon and Lee Sung Hoon, a murderous criminal with a vengeful attitude due to related incidents.

In the work of such topics, while releasing stable performances, Yang Se Jong who entered his second year of debut clearly announced his great presence without hesitation through SBS’s’ ‘Temperature of Love’.

Yang Se Jong is a sincere young man when it comes to love even from the first impression to make the women’s hearts pounding. Yang Se Jong is impressed by the detailed appearance of the audience’s demands, like the opposite side view of a face that looks like playful. In particular, ‘Temperature of Love’ which aired on the 19th showed Yang Se Jong who has produced a series of kisses together and said, “Avoid. If you do not like it.” Thanks to this, ‘Love Temperature’ approached 10% for an estimated rating of episode 2 and make audience interested.