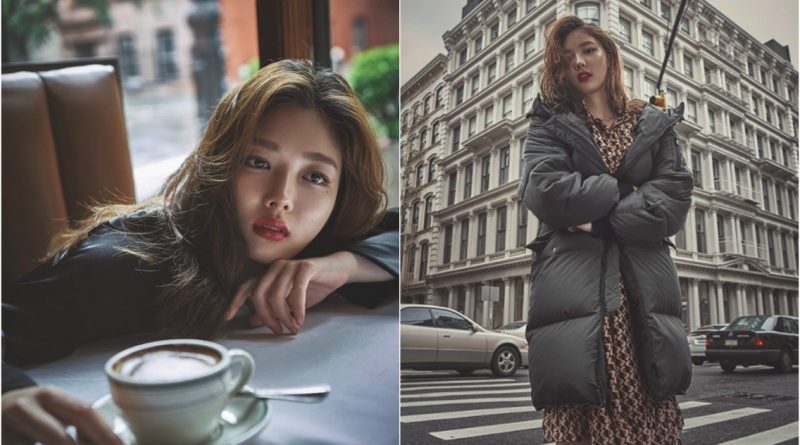 Kim Yoo Jung in the picture showed a chic appearance of a woman, which has never been shown before.

When asked about the criteria for selecting her work, which is solid in filmography despite her young age, she replied, “I used to talk to my mom about it and choose the job. I’m still talking to my mom, but mostly I’m the one making decisions. Especially if I read interesting scripts. I think I mainly make a lot of that kind of work.”

Then she also said, “When I work, I’m very meticulous but since I’m young, I’m not interested in beauty. I was so insensitive that I was scolded by my mother. But I did not like it that way. Even if I have a wound on my face, I will let it disappear by itself”, she revealed that instead of beauty she is more interested in her dress or fashion style!

For the last question regarding her plans this year, she revealed, “I want to finish my high school life that is only two months away. Also, if I had time I would also take the driver license exam and try different experiences that can only be done as a teenager.” She admitted that she would spend her time like a normal teenage girl without regret.

July 16, 2017 Tri Comments Off on [RANK AND TALK] 4 Festivals You Have To Attend in Korea
Rank&Talk TRAVEL