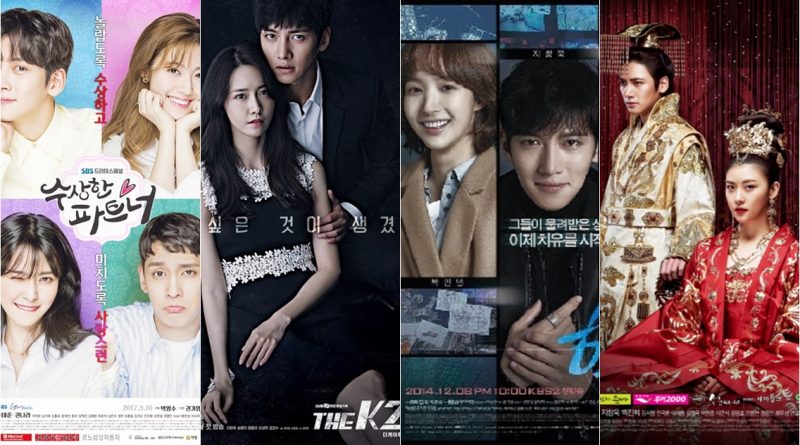 Ji Chang Wook was born on July 5, 1987 in Anyang, Kyeonggi-do, South Korea. He debuted in 2008 through ‘You Stole My Heart’. Ji Chang Wook gained popularity for his role as Dong Hae in the drama ‘Smile Again’ in 2010. After that he has also played in the historical dramas ‘Warrior Baek Dong Soo’ and ‘Empress Ki’.

The drama that became his last work before entering the military got a satisfactory rating. For the first time, Ji Chang Wook challenged himself to play in a romantic comedy. The drama tells about the life of No Ji-Wook played by Ji Chang-Wook and Eun Bong-Hee played by Nam Ji-Hyun. Both were targeted by an assassin who suffered from amnesia (loss of memory). Because of his illness, the killer keeps trying to kill them both. No Ji Wook is a prosecutor who falls in love with lawyer Eun Bong Hee. Because Eun Bong Hee is accused of killing her ex-boyfriend, dhe has to undergo trial and has to be against No Ji Wook. No Ji Wook feels Eun Bong Hee is slandered and to clear his name, No Ji Wook quits as a prosecutor. Then he builds his own law firm and makes Eun Bong Hee his employee. Amid the struggle to face the case, No Ji Wook and Eun Bong Hee also tried to catch the perpetrator who killed her ex-boyfriend. In addition to Ji Chang Wook and Eun Bong Hee, the drama also starred Choi Tae Joon, Nara Dongha, Kim Ye Won, and Lee Deok Hwa.

THE K2 is a Korean television series in 2016, starring Ji Chang Wook, Song Yun Ah, Im Yoona, and Jo Sung Ha. This tv series aired on tvN. Telling the story of Kim Je Ha (Ji Chang Wook) where he was a former soldier and now a bodyguard. Je Ha, known as K2, is assigned to escort Choi Yoo Jin (Soon Yoon A), the wife of presidential candidate Jang Se Joon (Cho Seong Ha). Se Joon has a secret princess named Go Ahn Na (Yoona SNSD) who has a self-contained and depressed charcter. She seemed to be hidden from the public. Ahn Na is the daughter of the presidential candidate who unfortunately is afraid of people. Kim Je Ha also meets Go Ahn Na and falls in love with the lonely girl.

Healer’s starred Ji Chang Wook, Park Min Young, and Yoo Ji Tae. It was broadcasted on KBS2. The drama series “Healer” tells a story of the life of a seeker who searches the truth through a story in every case. The Korean drama is directed by Lee Jung-Sub and the script is written by Song Ji-Na. The beginning of the story “Healer” showed Kim Moon-Ho played by Yoo Jin-Tae who is a very popular reporter in a broadcasting company famous. He always reveals the truth and forgets the original manuscript when delivering the story. But one day he knows the truth of a case that has happened in the past. Kim Moon-Ho finally starts his investigation and deliberately approaches some people who have a relationship and help in the case that he has. He still has confidence in his beliefs. Meanwhile, Seo Jung-Hoo played by Kim Moon-Ho is a Healer or more known to the dark messenger who always hides his identity, Kim Moon-Ho finally begins his investigation with the help of Seo Jung-Hoo. The Healer is tricked by a murder case of Seo Jung-Hoo / Kim Moon-Sik’s sister and the Elderly Boss of a dark organization.

Empress Ki is a tv series starring Ha Ji Won and Ji Chang Wook. The drama was aired on MBC in 2013, comprising 51 episodes. Empres Ki is a drama that lifts the story of history during the Yuan Dynasty. It tells the story of Ki Seung Nyang (Ha Ji Won), the Goryeo-born woman who was appointed to the power, regardless of the limitations of the group system at that time. Then she married the Huizong emperor (Ji Chang Wook) and became the queen of the Yuan Dynasty. She has a the first love named Yoo Wang (Joo Jin Mo) whom until now she still loves. This series depicts her love story and her political ambition.