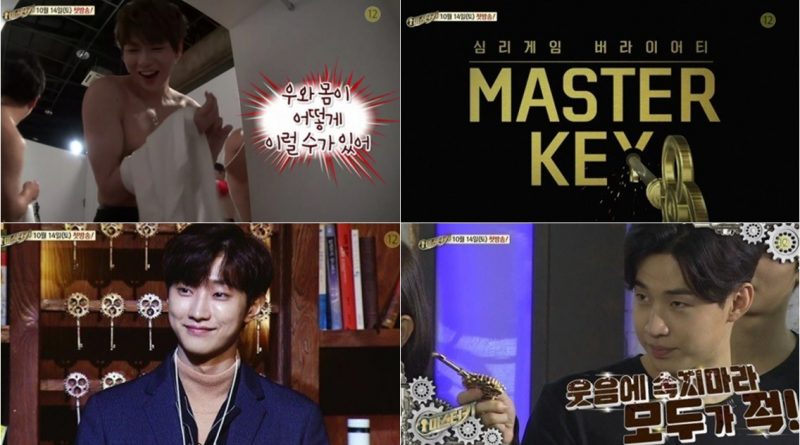 SBS new variety show ‘Master Key’ released its first teaser. ‘Master Key’ which will premiere on the 14th is a program that broadcasts the game of psychology to find who the key holder is. This program features famous stars as a ‘player’ who participated in the game.

In the video, they began with the welcome speech “Welcome the master’s residents.” The twelve players who use the suit stood in the hesitant room reads ‘key’ and looked curious. The player started trying to find the master key.

On Sung Woo of ‘Wanna One’ who came with Kang Daniel said, “I suspect Kang Daniel after he said the opening sentence” and made Kang Daniel laugh.