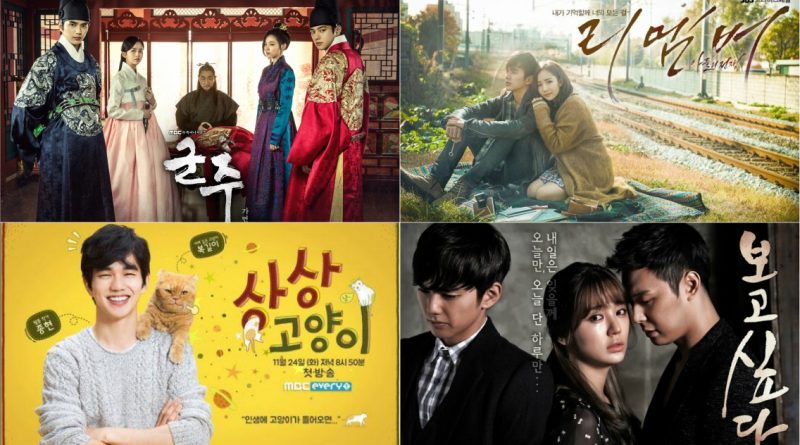 ‘Ruler: Master of the Mask’

‘Ruler: Master of the Mask’ is MBC’s Wednesday-Thursday drama that aired in the first half of 2017. In this drama, Yoo Seung Ho (Lee Sun) co-acted with Kim So Hyun (Han Ga Eun) and L (Lee Sun). The drama ‘Ruler: Master of the Mask’ tells of the story set in the 1700s in which Crown Prince Lee Sun (Yoo Seung-Ho) fought against Pyunsoo’s organization. Pyunsoo is an organization that collects wealth by taking possession of water throughout Joseon. Crown Prince Lee Sun is a hope for suffering people. Ga-Eun is the Crown Princess who loves Lee Sun, and she helps Lee Sun to fight Pyunsoo’s organization.

SBS Wednesday-Thursday drama ‘Remember’  aired in 2016. The drama starred Yoo Seung Ho (Seo Jin Woo), Park Min Young (Lee In A), Namgung Min (Nam Gyoo Man) and others. Diagnosed with ‘hyperthymesia’, Seo Jin Woo (Yoo Seung Ho) has a remarkable memory, which he uses as his advantage to become a lawyer to defend his father who was found guilty by law. The condition of ‘hyperthymesia’ is a condition that makes it possible to remember each incident in detail. But when Jin Woo suffers from ‘Alzheimer’, his memory can prove that the statement of his father is innocence is starting to be false.

MBC drama ‘Imaginary Cat’ aired from late 2015 to early 2016. The drama starred Yoo Seung Ho (Hyun Jong Hyun), Boggil (Biteuli), Cho Hye Jung (Oh Na Woo) and others. ‘Imaginary Cat’ tells of Hyun Jong Hyun (Yoo Seung Ho) who is a webtoon writer who works part-time in a bookshop. In the past, he had always dreamed of being a webtoon writer, but he was constraining the obstacle because of his selfish character. He has a cat named Boggil whom he met in the rain. Since then, they live together and Hyun Jong Hyun just opened his mind to Boggil.

MBC drama ‘I Miss You’ is a South Korean TV series which is also quite popular. The drama features a beautiful actress Yoon Eun Hye (Lee Soo Yeon) paired up with Park Yochun (Han Jung Woo) and Yoo Seung Ho (Kang Hyung Joon). The Korean drama ‘I Miss You’ tells the story of a couple’s love story separated by something so painful that one day they meet again as adults. The story begins with Lee Soo-yeon (Yoon Eun Hye) who often got bullied by her school friends because her father was a murderer. Then comes Han Jung-woo (Park Yoochun), the son of the rich man and the gangsters, who always protected her. Lee and Han finally fell in love when they were teenagers. However, both of them got kidnapped and separated.

November 12, 2017 Ria Comments Off on Han Ye Seul Returns As The Queen of Romantic Comedy In ’20th Century Boys and Girls’
MOVIE VIDEO

March 27, 2017 Tri Comments Off on An Interview with the Casts of ‘Ordinary Person’