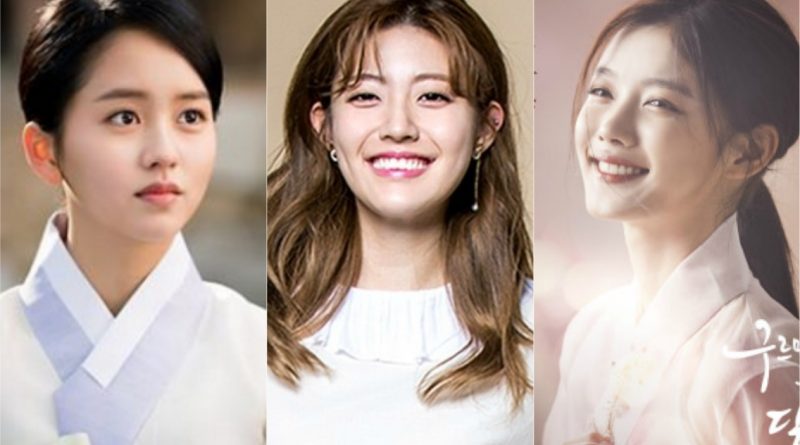 The actresses born in the 90s have grown into a more mature figure. Beginning their careers since childhood and continue actively acting up to now, making their names and faces easy to find on screen or widescreen. Starting from Kim So Hyun who started her career in 2006. In 2007 Kim So Hyun was cast in the drama ‘Que Sera Sera’ as little Han Eun Soo. Nam Ji Hyun who has been a little actress for 10 years. Nam Ji Hyun debuted her acting role in MBC drama ‘Say You Love Me’ as Seo Young Chae as a child actress. The last one is Kim Yoo Jung who debuted in the entertainment industry since the age of 4 years. All three have now become mature actresses with unquestionable acting skills. Here is the full story of their career.

Kim So Hyun started her career in 2006, and then her name was known to the crowd as she starred in the drama ‘Moon Embracing The Sun’ as the evil little Yoon Bo-Kyung queen in 2012. But after she starred in KBS ‘School 2015 – Who Are You’ Kim Soo Hyun set a lot of goals. In the drama, Kim So Hyun plays two characters in one body perfectly. She earned a reputation as an actress who was able to lift small things from a character without difficulty. Then in 2017, Kim Soo Hyun compete acting with Yoo Seung Ho in the drama ‘Ruler: Master of the Mask. Kim So Hyun is currently considered playing a successful role as Ga Eun through the quality of her acting. Not just displaying a crying tearful female character, but this character has a very active figure to help the commoners, as well as make a courageous decision to take revenge. In addition, Kim So Hyun previously played many dramatic characters, either in dramas or in movies. Thereby creating momentum for viewers to fully immerse themselves in the drama.

Nam Ji Hyun finished her career as a child actress for 10 years and appeared as the new queen of romantic comedy. The actress born on September 17, 1995 started her career as a little actress. Nam Ji Hyun debuted her acting role in MBC drama ‘Say You Love Me’ as Seo Young Chae. Nam Ji Hyun became popular as a little actress through drama ‘The Great Queen Seondeok’. Nam Ji Hyun, 20, starred in the KBS2 weekend drama ‘What Happens to My Family?’ as a village girl moving to town and establishing a love affair with Park Hyung Sik. She played a character that fits perfectly with the age of 20 and surely makes Nam Ji Hyun flooded with praise for her acting. Nam Ji Hyun plays in the SBS drama ‘Suspicious Partner’ along with Ji Chang Wook. They can both display perfect chemistry without any sense of awkwardness at all. Nam Ji Hyun was trying gradually to release her predicate as ‘little actress’. Now she is 20 years old. There are still many opportunities waiting. The public is still waiting for the development of Nam Ji Hyun’s career in the future.

When Kim Yoo Jung was four years old, she had starred in five different commercial advertising products. Then at the age of five, Kim Yoo Jung starred in one drama, one movie, and one music video. Born in 1999, Kim Yoo Jung who earned the nickname ‘Korea’s Little Sister’ debuted in 2003. In 2017, she was ranked 8th in the order of ‘Forbes Korea Power Celebrity’. When she was only in the 5th-grade elementary school, Kim Yoo Jung has even played in 13 dramas and 15 movies as a little artist. In ‘The Moon That Embraces the Sun (2012)’ Kim Yoo Jung becomes National Sister and tries to transform into more mature. She earned praise and a good reputation for her good acting and deep emotion in the drama ‘Angry Mom (2015)’. Then she became famous thanks to ‘Moonlight Drawn By The Clouds’ which shows a sweet romance with Park Bo Gum. The last drama she played was KBS drama ‘Moonlight Drawn by The Clouds’ in 2016 with actor Park Bo Gum. She has shown grown great acting performances and her next works is awaited by fans.