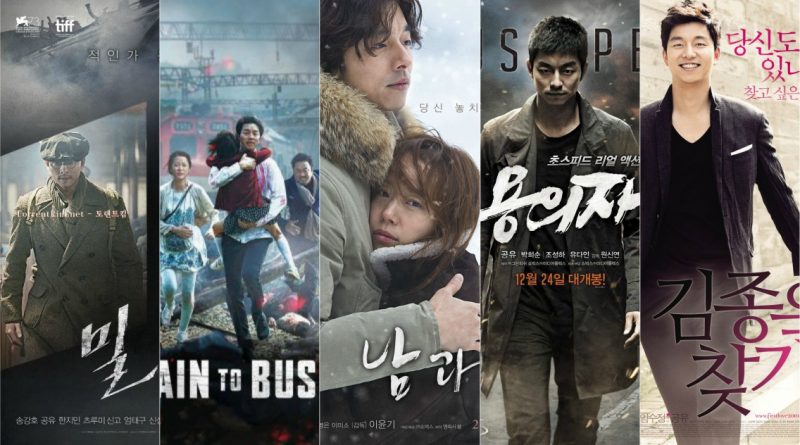 Who does not know this handsome ahjussi? Gong Yoo’s name in 2017 is indeed shining thanks to drama tvN ‘Goblin’ which aired since late 2016 ago. Gong Yoo started his career in 2001 with a small role as a supporting actor. He earned an award as SBS New Rising Star Award in 2003. In 2005, he started to get leading role in ‘Hello My Teacher’ and his name was increasingly rising since starring in ‘Coffee Prince’ with actress Yoo Eun Hye. Not only drama, Gong Yoo is also active starring in movies. He is indeed selective in determining his project, but he has always made excellent choices in which many of them become box office movies. Since starring in the movie ‘Train to Busan’ and drama ‘Goblin’, his career continues to shine.

With the background of the 1920s during Japanese colonialization, Lee Jung Chool (Seo Kang Ho), a member of Korea’s independence movement, is now working as a police officer for Japan. Lee Jung Chool introduces himself to an art dealer named Kim Woo Jin (Gong Yoo) and pretends to be interested in his Korean art. Actually, Kim Woo Jin is the leader of a fraternity group. Both seem to know the identity and purpose of each other but still interconnected to scrape information. The fraternity also appears to be aware of the spy between them. As soon as the spy identity is revealed, they fly to Shanghai, China. Meanwhile, Lee Jung Chool and a Japanese police, Hashimoto (Um Tae Goo) lead the battle in Shanghai, China. The members of the fraternity decided to attack the Japanese government in Korea.

Suk Woo (Gong Yoo) is a manager who works in Seoul. He separates from his wife and lives with his only daughter, Soon An (Kim Soo Ahn). As a busy manager, Suk Woo rarely spends time with his daughter or shows his affection. Before Soo An’s birthday, he wanted to meet her mother who lives in Busan. There is no other choice for Suk Woo than to accompany his daughter to Busan. The next morning, they both boarded the KTX to Busan from Seoul station. Before KTX leaves Seoul station, a female zombie jumps into the train. She got infected with a terrible vein that spread like wildfire. Suk Woo, Soo An, and other KTX passengers have to fight for their lives.

On a cold day, Sang Min (Jeon Do Yeon) asks the light to Ki Hong (Gong Yoo). Both of these foreigners escorted their children to the Children’s Camp pickup area in Helsinki, Finland. Then came the attraction between a man and a woman. The two decided to follow their child to the camp. On the way home, they pass through the jungle and the secluded sauna. The two parted the next day without having time to ask their names. A few months later, Sang Min is justifying the display at his workplace and sees Ki Hong passing by.

A North Korean spy (Gong Yoo) who is departed from North Korea sneaks into South Korea. Then he became the prime suspect in a murder case. The victim of the murder was the CEO of a large corporation. He is now making efforts to clear his name and to capture the real killer even though he must pass through many dangerous obstacles and his adventure must now risk his life to reveal the whole truth.

Seo Ji Woo (Lim Soo Jung) travels to India and meets her first love, Kim Jong Ok. Since then, she cannot forget him. She then goes to a company called ‘Finding Your First True Love Company’ to find a trace of Kim Jong Ok. Han Gi Joon (Gong Yoo) started the company ‘Finding Your First True Love Company’ and made Seo Ji Woo become his first client. The couple are traveling around Korea to find Seo Ji Woo’s first love. In the process, Han Gi Joon realizes that he is in love with his first client.