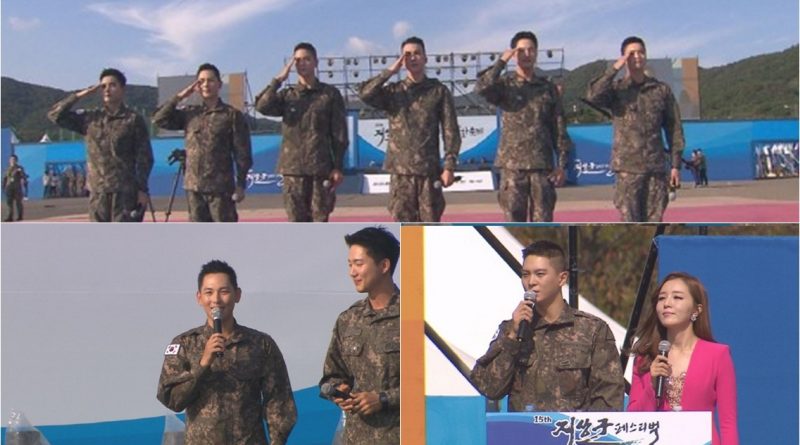 During this Chuseok holiday, celebrity soldiers gathered at the ground troop festival held at Gyeryong University, Chungnam-do. Im Si Wan elected as the army assistant, while Ryeowook Super Junior and Lee Jang Woo will soon be discharged. The handsome ‘Oppa’ are ready to guard the country in the army captivated viewers through Entertainment News Tonight. For the sake of seeing the faces which is hard to find, a number of overseas fans came to the scene. They are shining stars, but their personality as soldiers from the entertainment world still looks similar to their personality as a star.

Especially, Im Siwan who was late entering the military has attracted attention. That’s because Im Siwan who recently acted as Wang Won in the pre-production drama ‘The King Loves’ will again feel the fate of ‘Misaeng’ in the military. Im Siwan always followed the senior soldier’s orders, and he held the mic and greeted everyone as the youngest member.