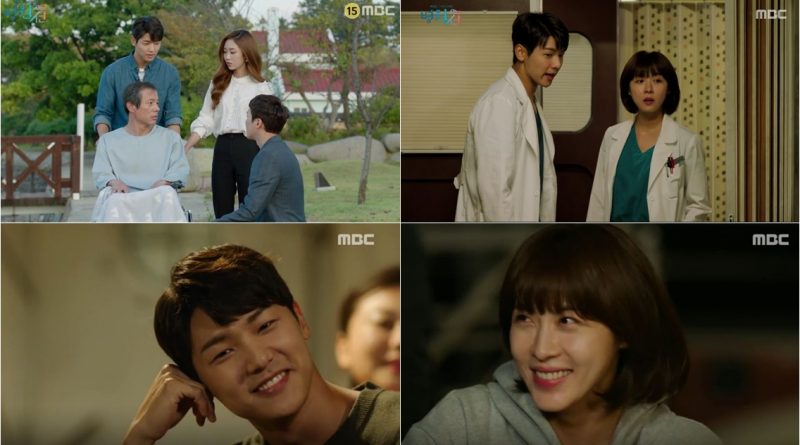 Kwak Hyun and Yoo Ah Rim left and returned by taking the patient to the hospital ship. Kwak Hyun tried to focus on the patient’s treatment but could not do it when hearing his father has disappeared from the hospital. Hearing that, Song Eun Jae took over the patient, and Kwak Hyun called his mother and asked her help to take care of his father.

The patient was handled successfully, and Kwak Hyun explained with kindness to the guard. Song Eun Jae felt warm when she saw him. Kwak Hyun’s feeling towards Song Eun Jae was revealed in the middle of talks with Kim Jae Geol (Lee Seo Won). “I’m not trying to be cool. Or hold it. I let it flow. At least, she does not feel uncomfortable around me. If she leaves, let the time decide”, said Kwak Hyun.

Song Eun Jae said she did not like Kwak Hyun but her feelings started to accept Kwak Hyun’s sincerity. Song Eun Jae remembered Kim Jae Geol’s advice and was worried to tell Choi Young Eun’s secret, but she returned to her room.

Song Eun Jae who has been avoiding Kwak Hyun finally got fascinated with him. When each other’s feelings began to unfold, the drug dealer boss’s operation becomes an interest in the relationship between the two.

May 26, 2017 Tirta Comments Off on ‘The Sheriff in Town’ Press Conference